Win your next rubber band fight in style with this wooden rubber band gun from Elastic Precision. It’s modeled after the classic Walther PPK handgun, just like the one James Bond prefers. 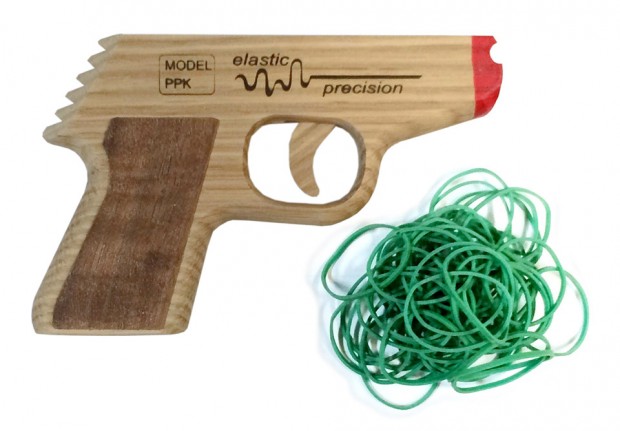 What’s really cool is that this rubber band gun can be loaded up with five bands, and then fired semi-automatically when you pull the trigger:

Head on over to the Technabob Shop and grab the PPK Rubber Band Gun for just $24.99(USD).