This Japanese Hotel Is Run by Robots

We all know that Japan is crazy about robots. They have robots to care for the elderly, robots that sell them stuff, robots, robots, robots. All marching along toward the apocalypse where they will be the only beings walking the Earth. Well, check out this robot hotel in Japan. You can check out any time you like, but you can never leave. 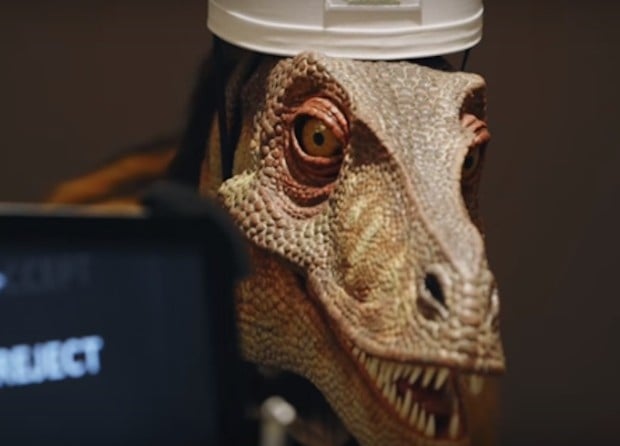 Nah. You can leave. For now. One day, maybe not so much. After showing off one of Japan’s tiny capsule hotels, and a couple of awkward robot interviews, the first episode of the new Motherboard series Voyager takes us inside the Henn-na Hotel in Japan. This house of horrors is staffed entirely by robots, including a robot velociraptor that will check you in, and a freaky robotic bedside companion. You can stay as long as you can pay for and you will never have to interact with another human.

It would be easy for them to “lose” you in this hotel so that you are never found again. No thanks. I’ll stay at the Holiday Inn.