So apparently, the Dark Side of the Force has transformed a statue of Vladimir Lenin into Darth Vader in Odessa, Ukraine. 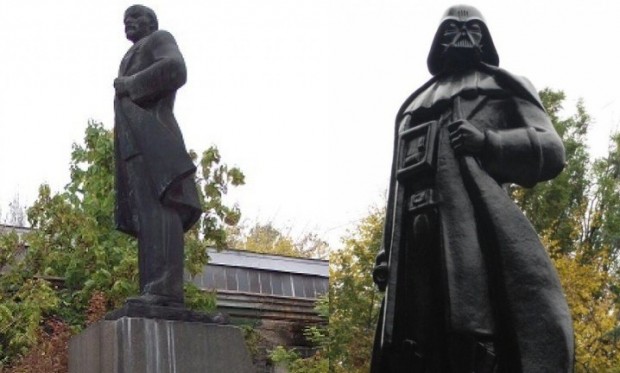 Apparently, a recent government ban has outlawed old communist symbols. As Lenin was one of the most commie of the communists in Russia, his statue has been altered. I’m not sure you can call it defaced; Lord Vader is preferable to Lenin for most.

In the image, you can see the statue of Lenin as it was originally and what it claimed to be the new statue looking like Vader. I’m not 100% convinced this is legit, but if it is, I expect Disney to sue any second.