Student Knocks a Drone out of the Sky with Soccer Ball

Humans are getting better at taking out drones in all sorts of ways. Like shooting them with hockey pucks, or with a special drone rifle. I’m proud of our people. Keep training, and one day, when the robots try to enslave us, we will revolt and kill them all. 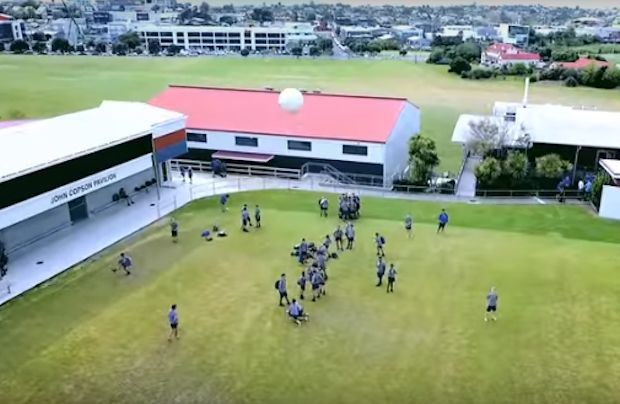 Check out this video of a soccer player taking out a drone with a well timed kick. This student at Rosmini College in Auckland, New Zealand perfectly knocks a DJI Phantom 3 drone out of the sky and onto it’s robotic butt. The drone was being used by media production company KOR Creative to shoot a promotional video for the college, when the kick took it out.

That’ll teach it to contemplate our downfall while in the skies! Keep up the good work, humans!