Quirky softdrink maker Jones Soda has partnered with Bethesda to release an official real life version of Fallout 3‘s Nuka-Cola Quantum. It may not raise your max AP, but it’ll give you short bursts of energy for your marathon Fallout 4 sessions. 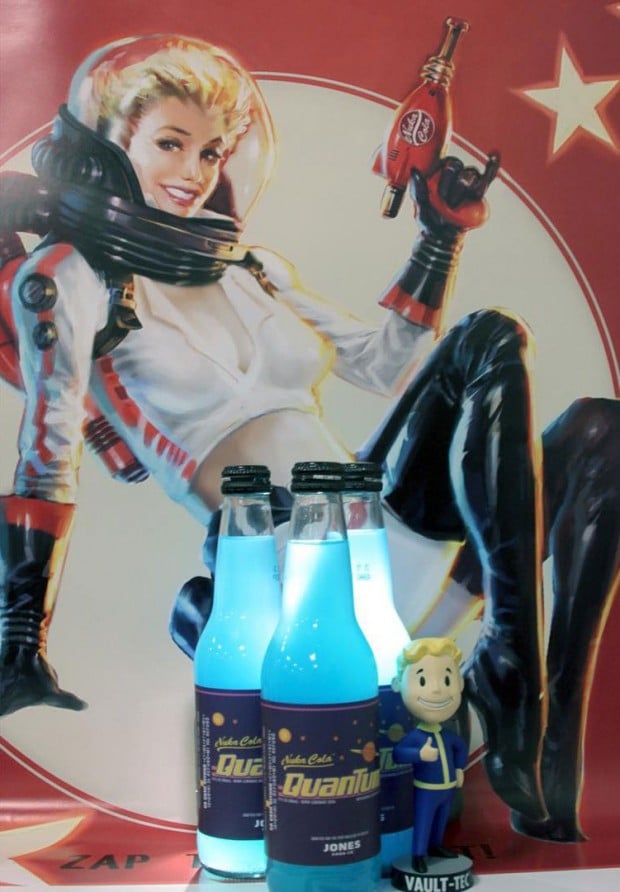 The soft drink looks like a variant of Jones’ Berry Lemonade, but I don’t think Fallout fans will mind if that’s the case. After all, you wouldn’t really want to drink something made from 17 different fruits and strontium-90 would you? Nuka-Cola Quantum will be available starting on 11/10/15, which is also Fallout 4‘s release date. Sadly it will be available only in Target USA stores.

[via Jones Soda via The Nerdist]