Back in August, Realm Pictures shared a live action zombie game where strangers on Chatroulette, Omegle and Skype controlled the hero while viewing the adventure from his perspective. The company is back with an even more wicked horror adventure, and this time it’s set in space. 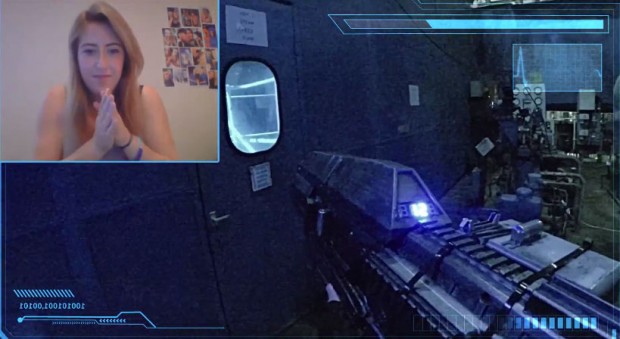 I’m not going to spoil anything, only that there’s salty language from the players:

How freakin’ cool was that? Here’s how Realm Pictures pulled it off:

The game’s third level is actually an entire game on its own. Realm Pictures is going big and is raising funds to create a multi-level and persistent world, with more characters and a more fleshed out story. Donors will have a say in the production of this new game. Best of all, when the game is finished, Realm Pictures won’t play with strangers online anymore. Instead, they’ll randomly pick 50 people from their donors to play. You get one ticket for every £1 (~$2 USD) you donate, which is a steal for such a new experience.

With the impending wave of virtual reality systems I wouldn’t be surprised if this genre explodes within a couple of years.