This Piano is Made of Skateboard Decks: Frontside Heart and Soul

You probably remember the 1998 movie Big, where Tom Hanks played on a giant electronic piano keyboard at the F.A.O. Schwarz toy store in New York City. Everyone knows it. It’s a classic scene that people love. It was clearly a big hit with Russian artist and designer Roman Sviridov, who was inspired to create this keyboard that uses skateboard decks as keys. 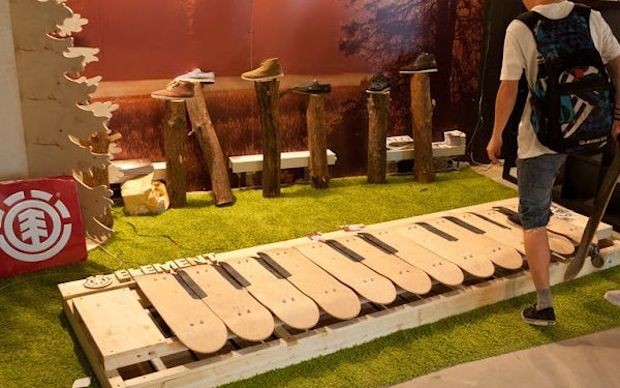 Sviridov made the keyboard to promote a fashion brand called Element. It works just like it does in the movie. You hop on and go from key to key. Or should I say deck to deck?

Check out the video to see a bunch of people give it a go at the Faces & Laces street culture exhibition in Russia. It’s clear that people really enjoy it and it brings out the kid in them.