Growing up, my uncle was always buying fancy stuff that hardly anyone had in the early ’80s. He had a gigantic video camera that required you to wear a VCR on your hip. He had the first microwave oven I ever saw. He also bought my aunt some lamps that came on when you touched them. I thought that was as futuristic as a flying car at the time. I also got yelled at more than a few times for randomly touching the lamps just for fun. They’ll break, you know.

Like my uncle’s lamps, this little BB-8 Desktop Lamp is touch sensitive so you can tap it to turn it on. It has three lighting modes with a cold white, amber, and warm white. None of the modes produce much light, but that isn’t really the point. 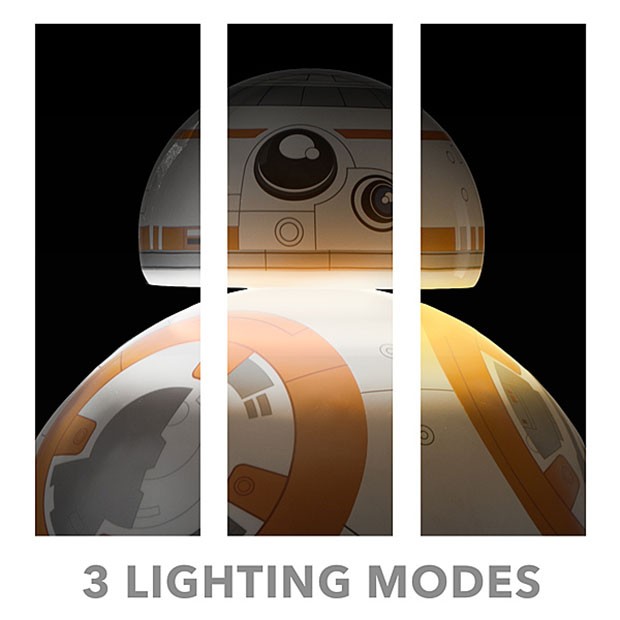 This is the future folks. Get your own BB-8 Desktop lamp for $39.99(USD) when it ships sometime later month from ThinkGeek. 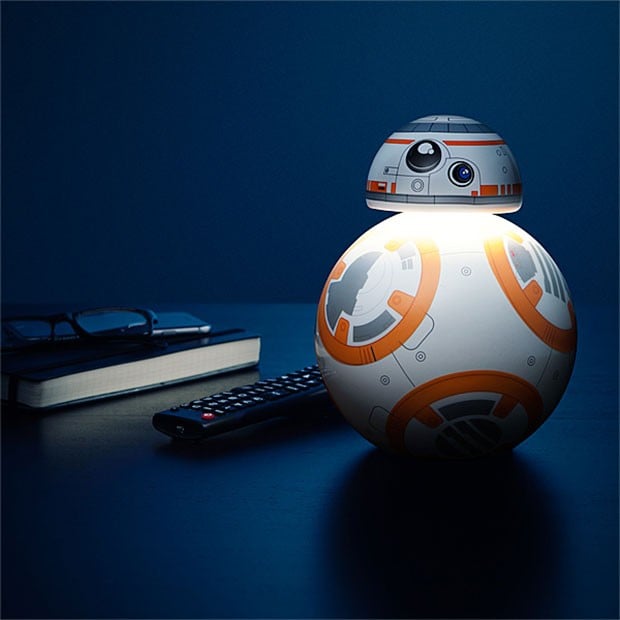