If Spider-Man was clad in the armor of an ancient Samurai, would he still be able to do whatever a spider can? I mean, I don’t see his sticky fingers working through those gauntlets. Regardless, I love samurai and think the idea is awesome for this Marvel Movie Realization action figure. 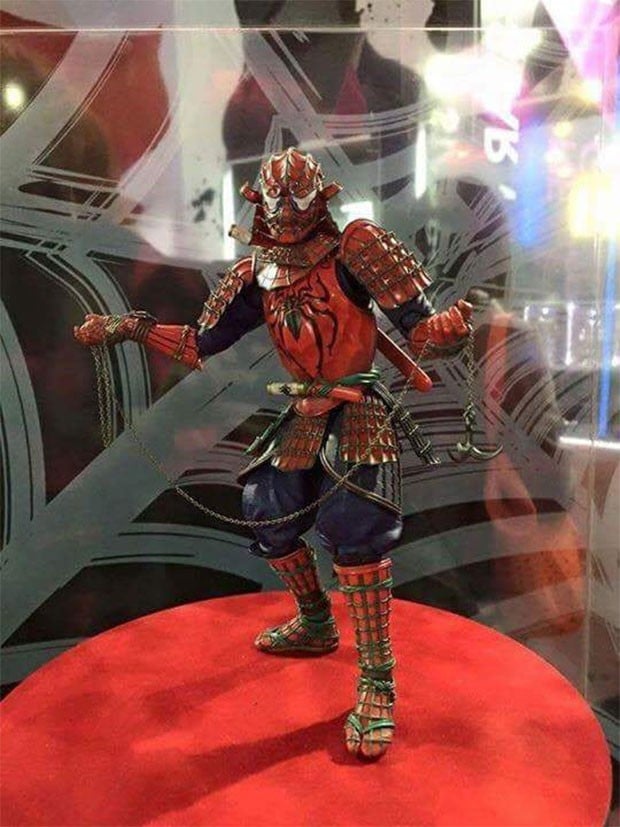 Samurai Spidey was spotted by Den-Obi-Wan Kenobi swinging one of those awesome grappling hooks, which Spider-Man wouldn’t need today, thanks to Peter Parker’s ingenuity. In Samurai times, however, the chain and grappling hook is the best you could do to climb between buildings.

I’d like to see a movie that put Spidey in ancient Japan. That would be cool, much better than sensitive Spidey crying about his girl.