See the guy in the image here, that sort of smirk on his face looks a bit to me like he isn’t sure if Homeland Security is going to show up on his doorstep any minute or not. Honestly, I’m not sure either. A guy going by the moniker Ziggy Zee has built a DIY railgun that is capable of firing a 22g aluminum projectile with 950 pounds of force. 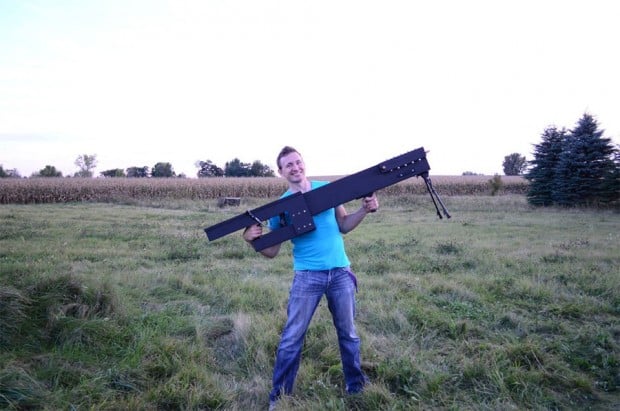 That could certainly kill someone or destroy something. The gun uses CO2 to speed an aluminum projectile to 55 mph as it passes between a pair of copper rails. Around those rails are 56 480-joule capacitors that are driven by a 400V power source. The result is 27,000 joules of energy, flinging that projectile down the barrel. The electrical discharge that accelerates the projectile is so powerful that part of the projectile melts.

The US Navy is the only other group I know of to be testing railguns, but its weapons are much more powerful, thanks to 32-megajoules of energy.