Danish company infinityPV is working on what it claims is the world’s most compact solar charger. The HeLi-on is just 4.4″ long yet packs a battery and a long solar panel that rolls into its slim body, thanks to the company’s organic solar cell technology. 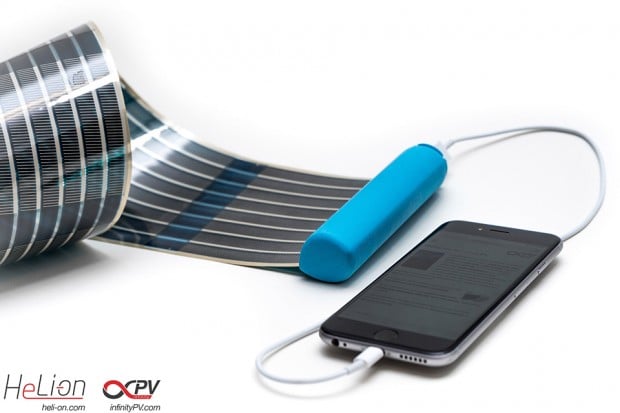 infinityPV hasn’t mentioned the solar panel’s specs, but it claims that the flexible panel can fully charge HeLi-on’s 2600mAh battery in 2 to 3 hours under direct sunlight. You can also charge HeLi-on’s battery via USB. 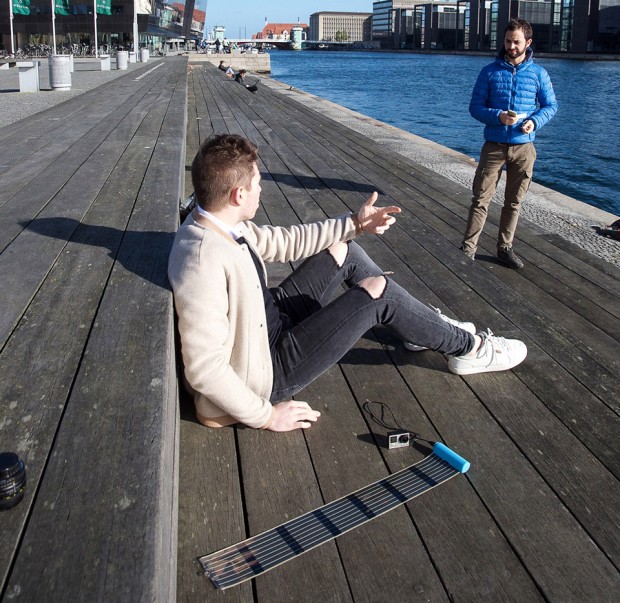 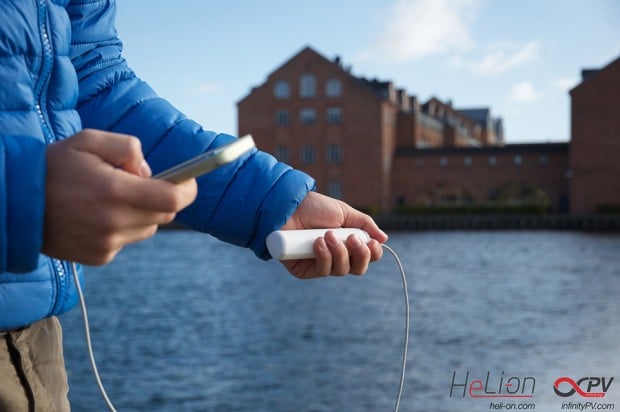 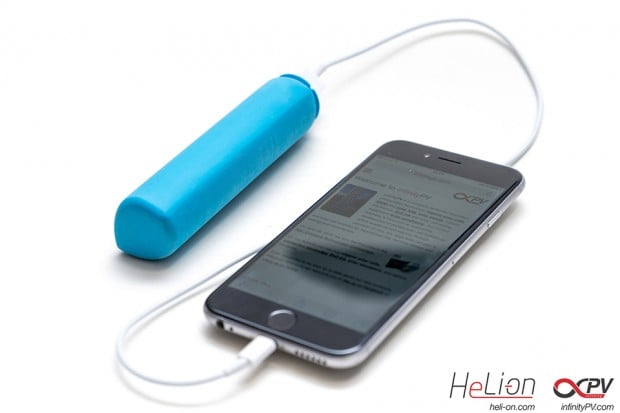 The charger is based on infinityPV’s Foil, an organic solar cell that’s printed directly on thin plastic foil. The company is already selling Foil but has taken to Kickstarter to raise funds for HeLi-on. A pledge of at least ~$90 (USD) gets you a HeLi-on as a reward.