I’m really not a fan of talk shows like Jimmy Kimmel Live!, but I am a fan of the celebrities reading mean tweets feature that Kimmel does. It’s great fun to hear the celebs that some of the nasty things being said about them on twitter, and seeing their reactions. 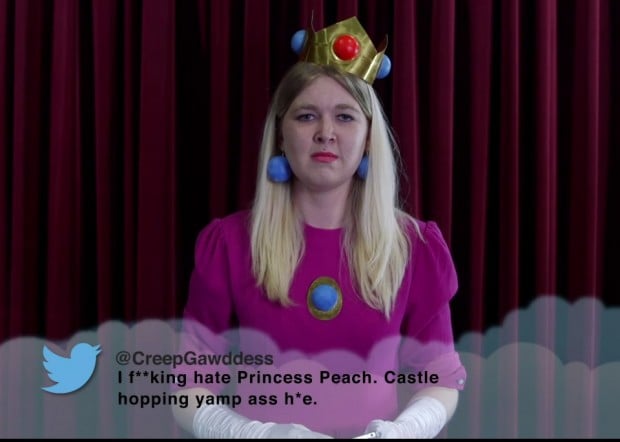 A spoof of that Kimmel gag has turned up on YouTube that has people dressed up as video game characters reading mean tweets about them. Most of the characters in Big Head Mode’s parody are crap (does that qualify as a mean tweet?), but the dude from the Witcher has some serious cosplay skills going on and Liara looks fantastic.

The video is worth a watch, but be warned there is lots of whining from Sonic in a Bobcat Goldthwait voice and Lara Croft has a hard time keeping herself together. Regardless, I hope to see more of these videos.