Mystery Science Theater 3000 Turns to Kickstarter for a Comeback

I used to watch my share of Mystery Science Theater 3000-suuuuuuund back in the day not because the movies were cool, but because I loved to hear the hosts bashing on the movies the whole time. 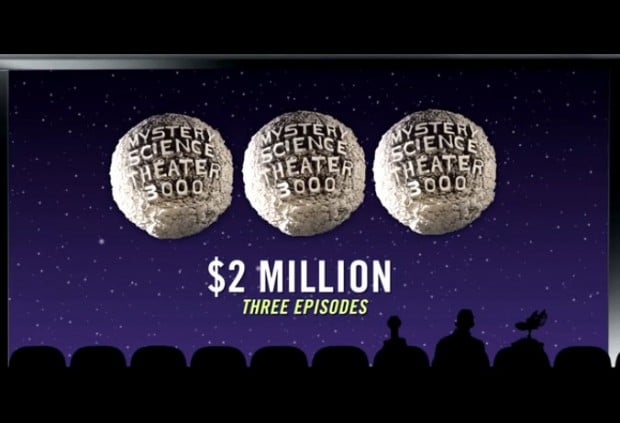 I know many people felt the same way and fans are still out there. If you want to see MST3K make a comeback, you can now support that comeback on Kickstarter. Original MST3K host Joel Hodgson is raising money to make new original episodes of the show.

He wants at least $2 million to make three feature length episodes of the series. If he can raise $3.3 million, he will make six episodes, $4.4 million gets nine, and $5.5 million will get 12 episodes. So far, the project has over 7700 backers and has raised over $900,000 with 30 days to go, so it stands a good chance of hitting at least the minimum goal.

Head on over to Kickstarter and pledge at least $10 to show your support. And don’t get pissed at me, that damn theme song will be stuck in my head all day too.