EM-Sense Tech Lets Your Smartwatch Know What You are Touching

I thought smartwatches were pretty smart already. I love not having to dig my phone out of my pocket to see who is calling and if I want to talk to them. Thanks to a new technology that was developed by scientists at Disney Research and Carnegie Mellon University, smartwatches are set to get lots smarter. 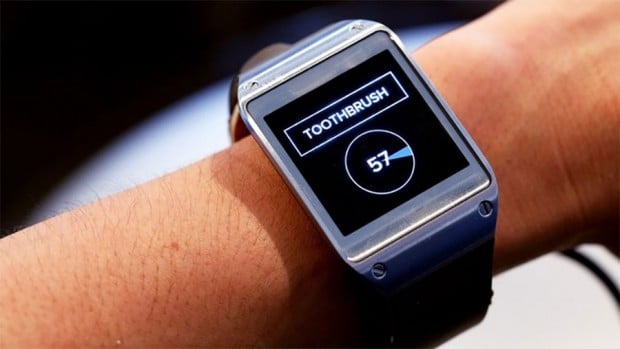 Using their EM-Sense technology, your smartwatch will know what you are touching. It uses your body as an antenna and custom software to filter electromagnetic signals produced by objects. For instance, it can tell if you are brushing your teeth or touching your office door.

In testing, the system proved smart enough to tell between very similar objects, such as when a user was holding a drill or a Dremel tool for instance. The ability to detect the objects you’re touching, the system can provide contextual data and information, such as starting a timer when you start brushing your teeth.

The cool part about this tech is that the objects require no special instrumentation, and all sensing is done by the smartwatch and the software developed by the team.