One of the scenes I always remember from Star Wars is when Han, Luke, and Chewie are sitting playing holochess in the Millennium Falcon. The thing I always remember is when Han says Wookiees rip arms out of their socket when they lose. Now, one fan has built himself a recreation of that table. 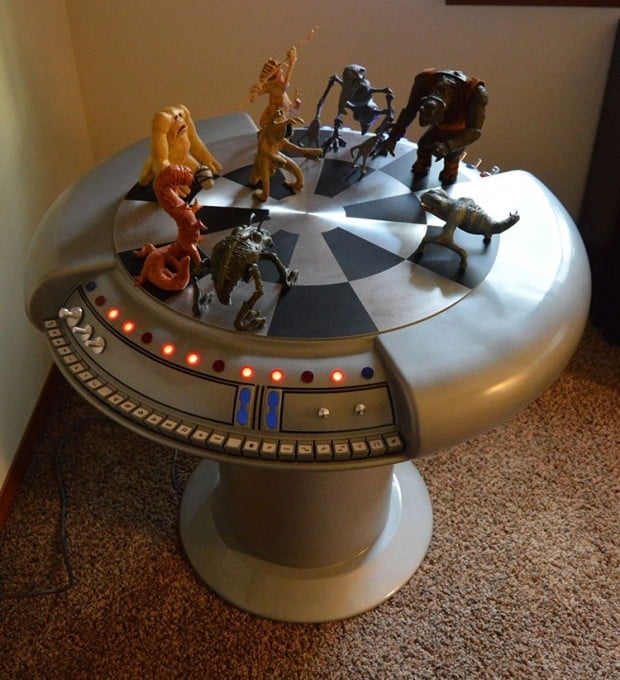 It uses custom-made action figure as the creatures from the holograms, and makes all sorts of cool creature sound effects based on the monster’s condition in the game. It was built by Ian Martin and his brother from Dejarik Creations.

The table even supports augmented reality for that real holographic look, and they plan on building animations to go with the characters down the road.

This might be the coolest Star Wars DIY project I have ever seen.