Molecular modeling kits usually use sticks to connect models of atoms. Veritasium creator Derek Mueller came up with a beginner kit that’s more realistic, intuitive and easier to use. He calls it Snatoms. 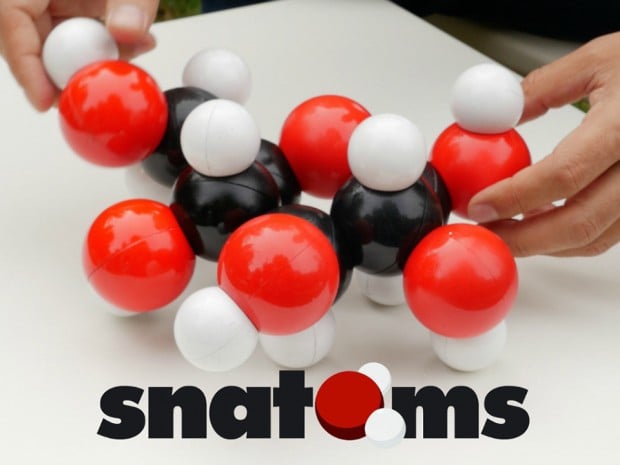 Snatoms consists of plastic atomic models embedded with spherical neodymium magnets. It will launch with a glucose kit, which has six carbon atoms, six oxygen atoms, and 12 hydrogen atoms.

You can make smaller molecules with those atoms, as well as make larger ones by combining multiple kits. If it proves successful, atomic models for other elements will follow.

Pledge at least $42 (USD) on Kickstarter to receive a Snatoms kit as a reward. Derek said that if the fundraiser reaches $200,000 (USD) – which it most likely will – backers who pledge enough to get a kit will also receive two nitrogen Snatoms with their reward. A separate kit with double and triple bonds will be made if the fundraiser reaches $420,000 while an interactive app is Derek’s $840,000 stretch goal.