Last year, we checked out an awesome concept for a LEGO model of the Apollo 11 spacecraft and the Eagle Lunar Module. Here’s a great complementary concept from LEGO Ideas members saabfan and whatsuptoday – a model of the mission’s Saturn V rocket. 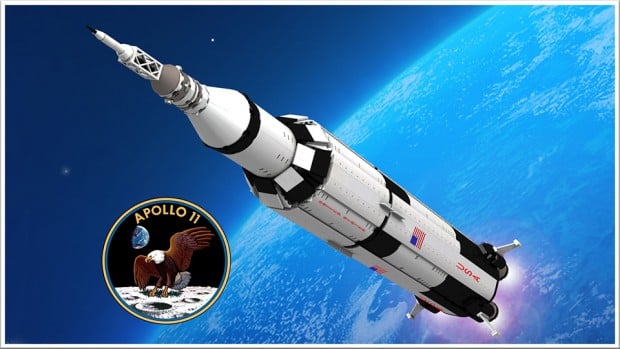 They are proposing two variants for their set: a basic set and a deluxe set. Both variants have the exact same exterior, but the deluxe variant will have fuel tanks and the Eagle Lunar Module inside, which you’ll be able to access via a hatch on each of the rocket’s three stages. The deluxe variant will also have a more detailed stand. As far as I can tell both variants can be separated into its stages and will come with three astronaut minifigs. 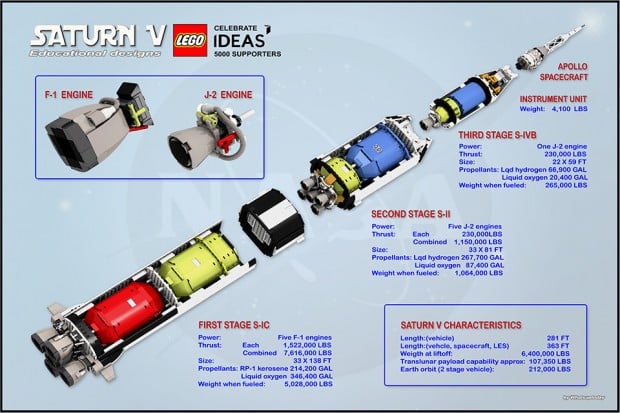 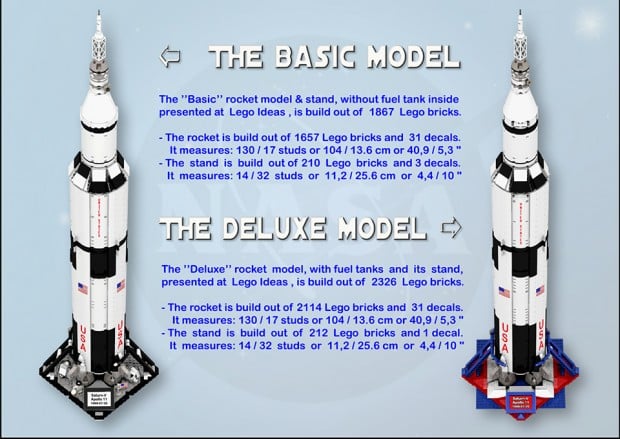 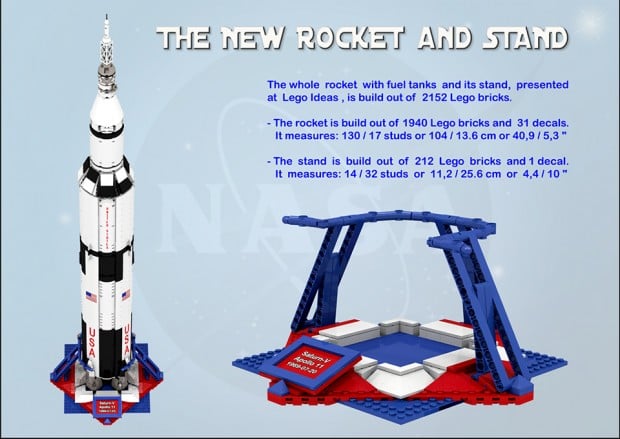 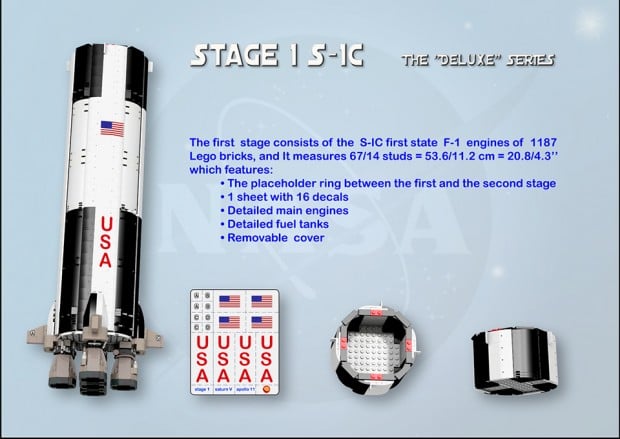 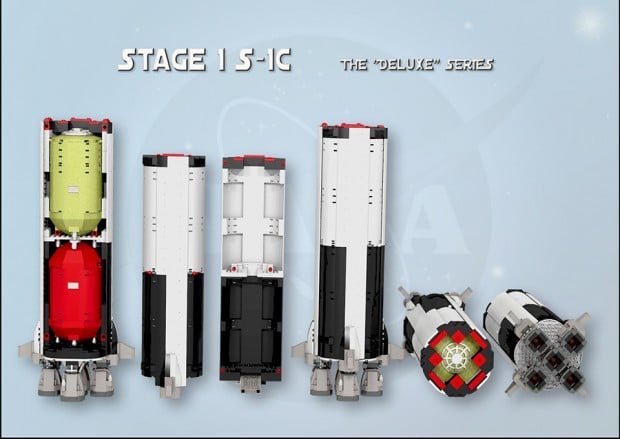 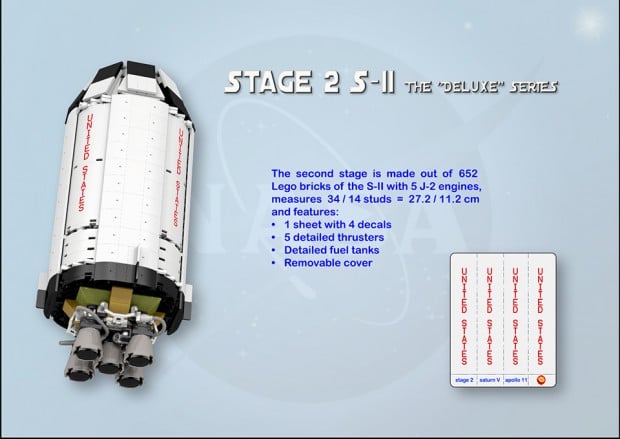 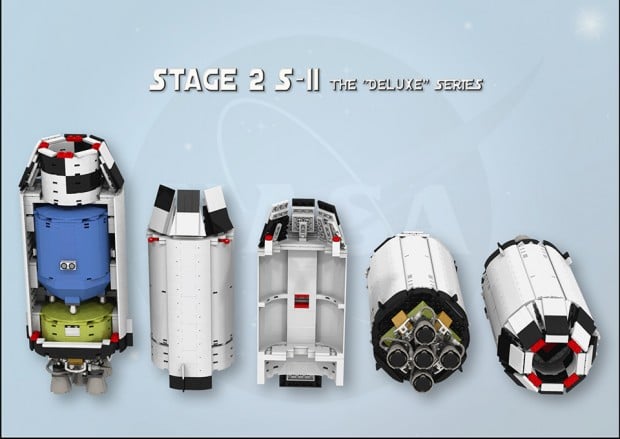 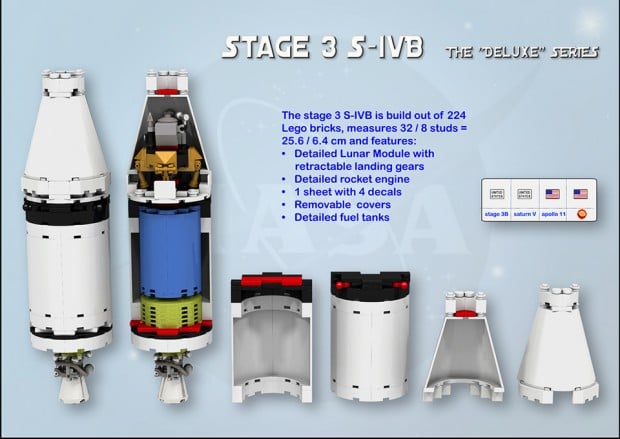 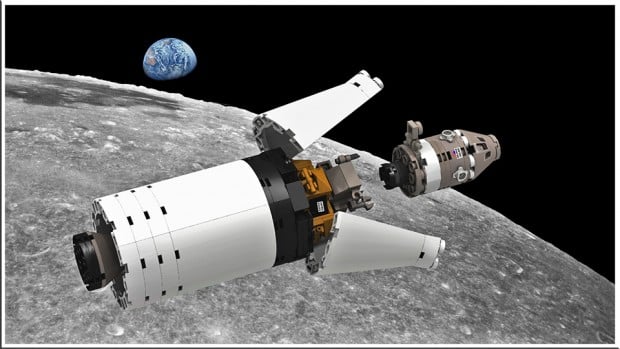 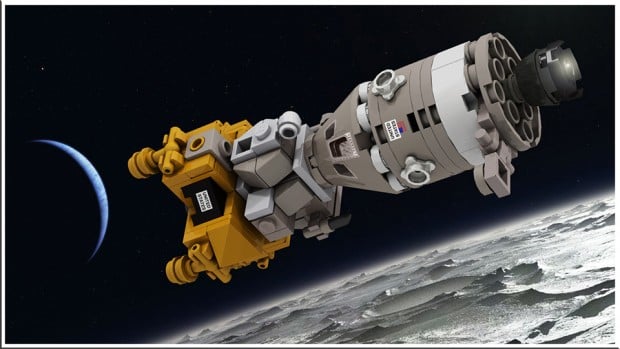 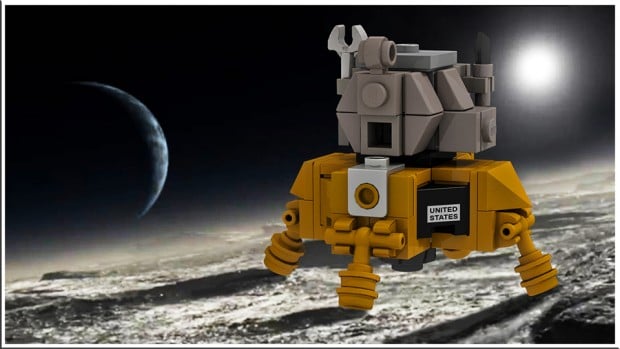 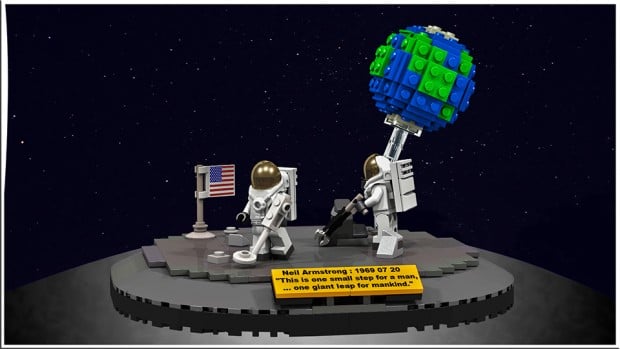 As of this writing the concept has garnered 8,886 votes with about 9 months left to go, so it’s safe to say that it’ll be reviewed by LEGO soon. Still, 8,886 is not equal to 10,000 so if you’d like to see the set become reality vote for it now on LEGO Ideas. 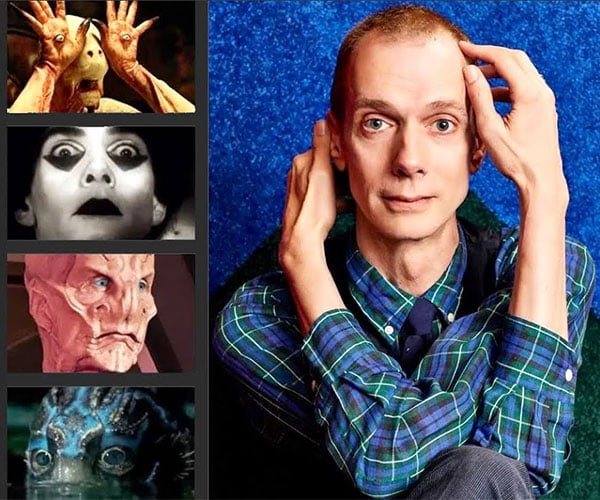 Doug Jones: The Man Behind the Masks 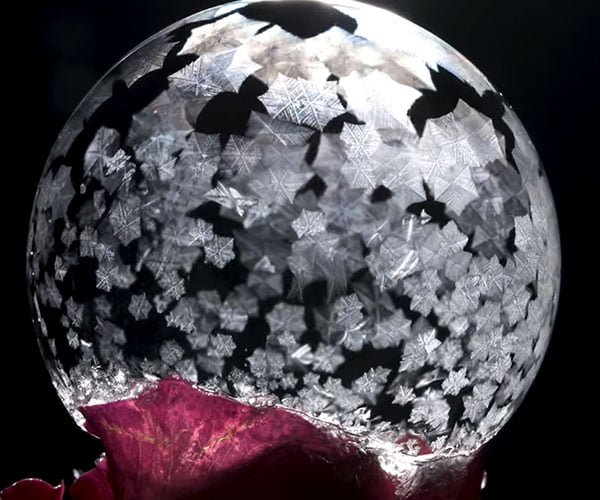