I always thought that Worf was one of the coolest characters on Star Trek: The Next Generation. I also liked the fact that he had a cool melee weapon called a Bat’leth. I always wondered how many Klingon’s chopped off their own fingers handling one of those wild curved bladed weapons.

Fortunately, this particular version will leave all your limbs and digits intact since it is made from foam. That means you can be the king of Nerf battles when you whip this thing out and commence to beating on chumps that are out of darts. 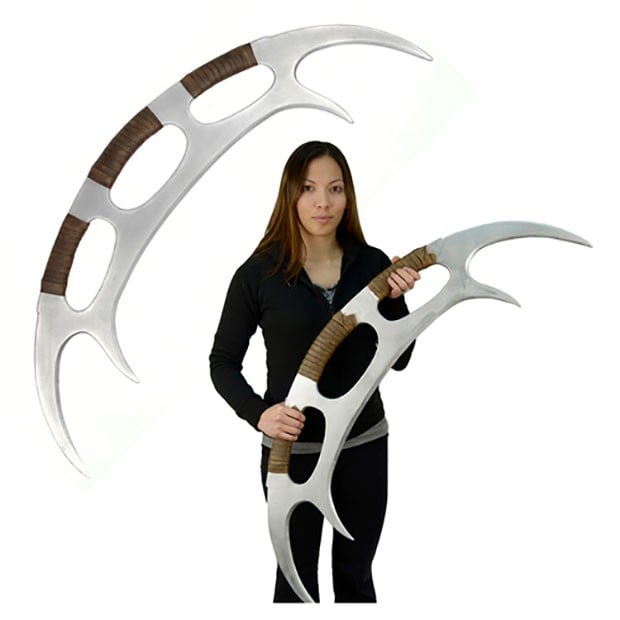 The foam weapon is based on one of the Bat’leth propsused in the series and is four feet long. You can pick one up at Entertainment Earth for $42.99 when it lands in April 2016. Pre-orders are underway right now.