The Millennium Falcon is the fastest hunk of junk in the galaxy, so really, it should have a paint job that matches it’s speed. If Han Solo ever decided to start racing the old girl, he would need to make it look like a race car. And that is just what Joe Gan has done with his version of the Falcon. 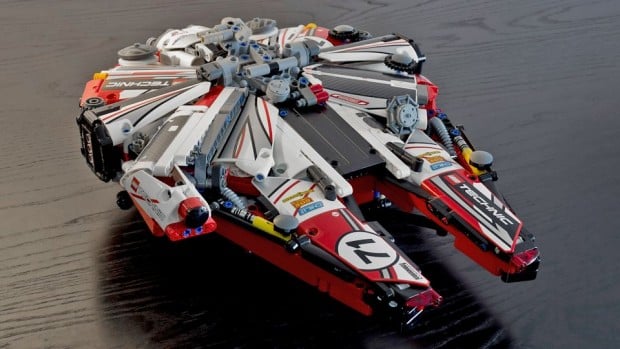 He created this racing Falcon using parts from a Lego Technic Grand Prix Racer set. This is the ship that made the Kessel Run in less than twelve parsecs. Now it looks like it can do it in eleven, maybe less. 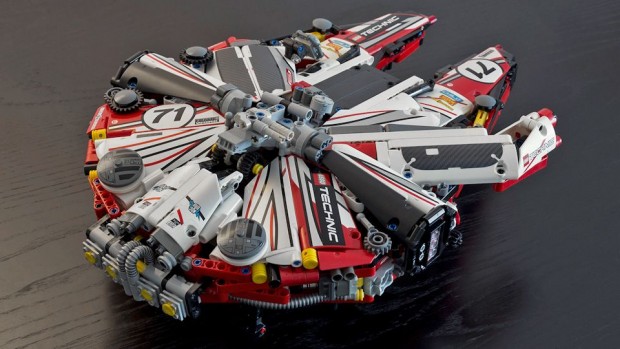 This ship looks great in racing colors. I just hope they have a good pit crew. This Falcon has been known to have its share of problems. 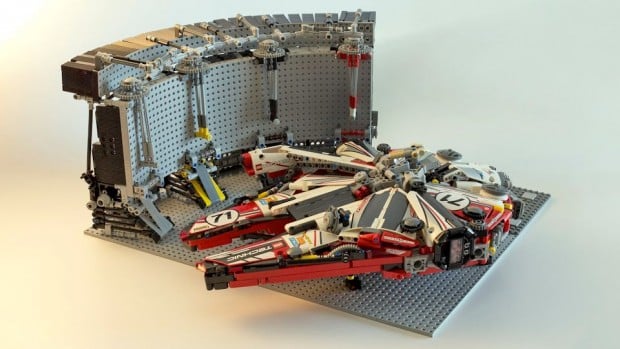 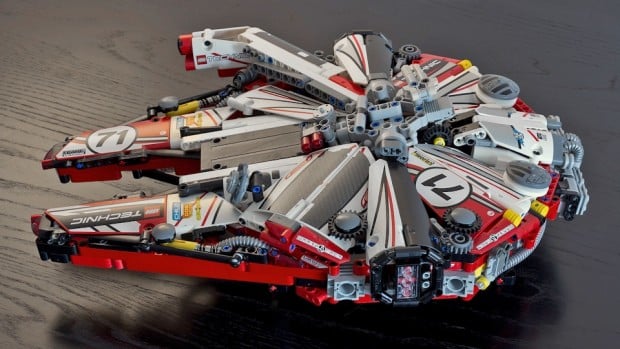