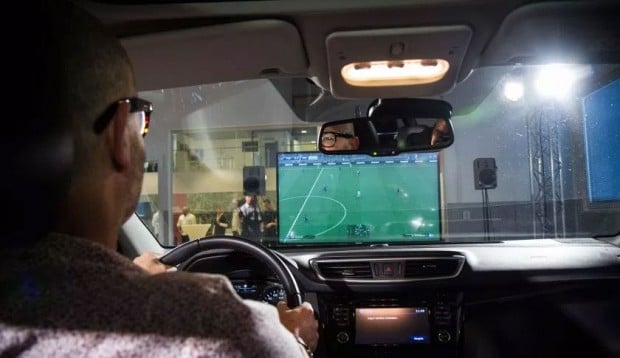 Nissan teamed up with Sony and Konami for what is dubbed “Project Controller” using the Qashqai to control Konami’s Pro Evolution Soccer 2016. To pass the ball in the game, players tap the brake and to shoot a goal they tap the gas. The direction game avatars run is controlled with the steering wheel.

The obvious way to make a cross pass would be to use the windshield washer lever handles. The phone button makes players sprint and the turn signal is used to navigate up and down.

In case you’re wondering how this works, the signals to control the game come out of the car’s diagnostic port where they are deciphered by a hacked PS4 controller. At least the car can’t be driven while playing the game.