I’ve seen arcade machines in all sorts of sizes and forms, but the Polycade is the first wall-mounted one I’ve seen. It has enough room for two player controls, a separate 4-way joystick and two buttons for classic systems and a 28″ LED TV. But because it’s wall-mounted it’s only a third of the size of standard arcade machines. 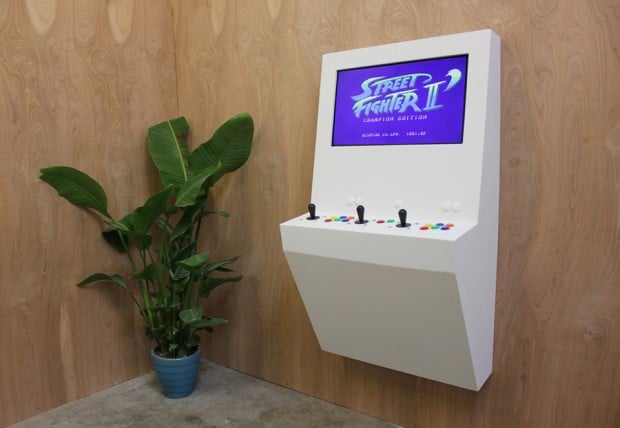 The Polycade was designed by Tyler and Dylan Bushnell – sons of Atari founder Nolan Bushnell – along with their friend Charles Carden. The cabinet is 30″ wide, 52″ tall and sticks out 17″ off the wall. Like many modern arcade machines, it’s powered by the Raspberry Pi and runs RetroPie, so you can play games not just with MAME but from other classic systems as well. It comes in white, black, red, blue, brown or orange, and you can also have vinyl graphics applied to the cabinet. 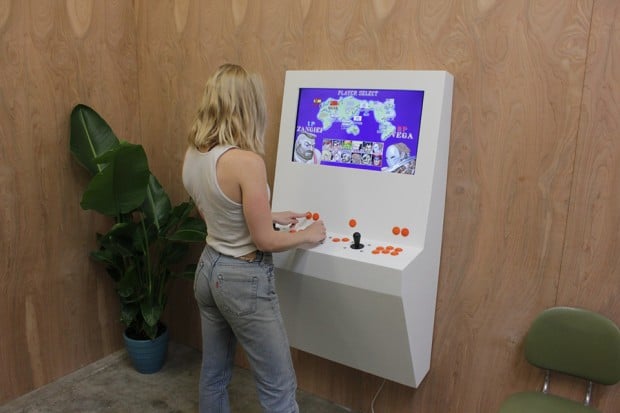 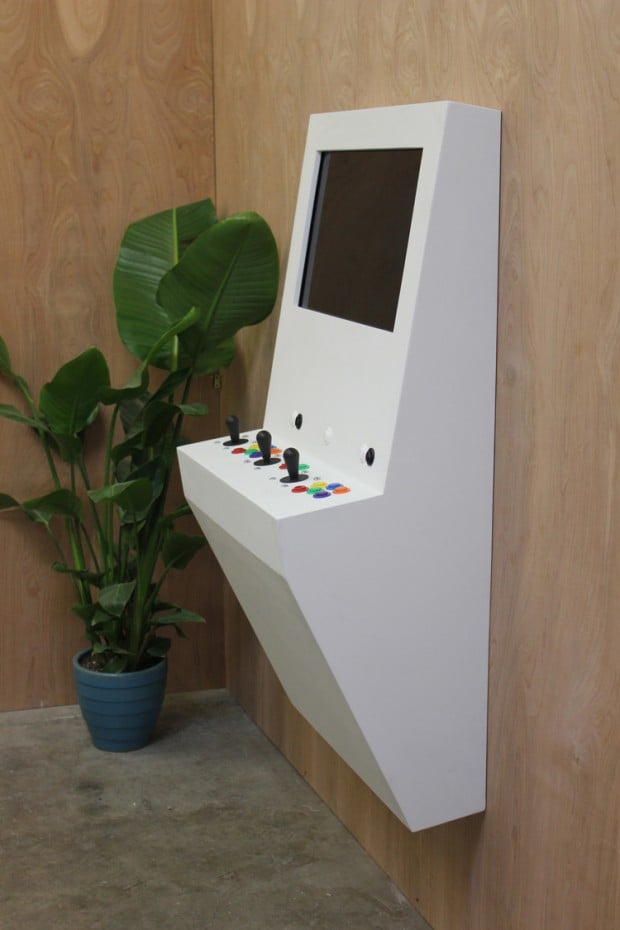 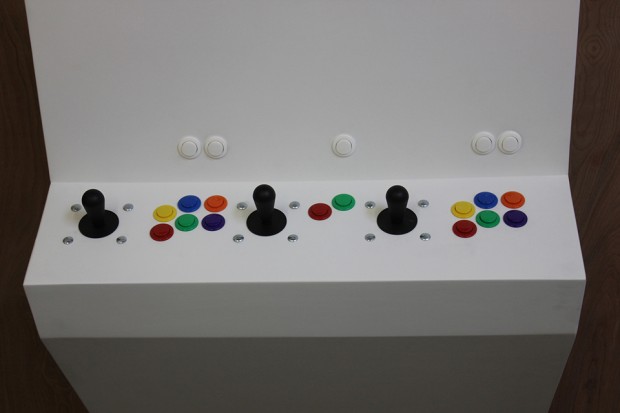 The Polycade crew claims that the machine’s parts are “as easy to swap out as possible… even for the non-technically inclined person”, although they didn’t go into detail about its repairability.

Pledge at least $1350 (USD) on Kickstarter to receive a fully assembled Polycade as a reward. You can also pledge at least $600 to get everything but the cabinet. Check out Polycade’s Instagram page for more photos and videos of the machine.