Arduino Knife-wielding Tentacle Dares You to Turn it Off

YouTuber outaspaceman is a budding maker. Or a mad scientist. While learning how to use the Arduino, he accidentally built the opposite of the useless machine. It’s not exactly useful though. 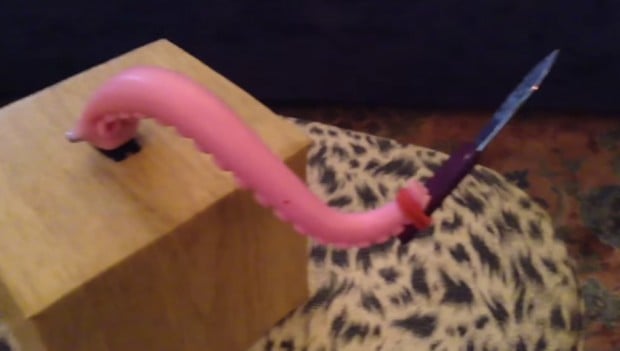 The perfectly-titled Knife-wielding Tentacle is based on the Arduino tutorial program Blink Without Delay. Outaspaceman used littleBits’ proto and servo modules to move a toy tentacle instead. And then he had the Nobel Prize-winning idea of attaching a knife at the end of the tentacle. Skip to 1:33 for the result.

Some say the tentacle is still furiously swinging away, like a guy on a first date.