Lampster is a Bipedal LED Lamp of Awesome

One glance at the Lampster and I automatically thought of the Lensor creatures from the Riddick franchise. Those were the weird people with the giant lens things on their faces. Lampster won’t see where you are hiding, but it will shed light on your room, desk, or even the outdoors. 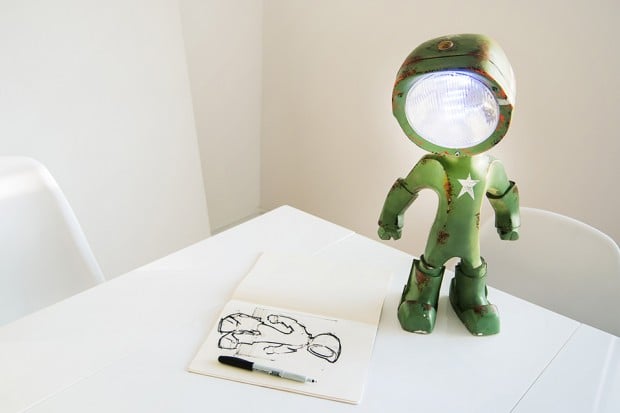 This little robot looking lamp stands a substantial 18-inches tall and has a giant lamp for a head. His head can be swiveled and angled up and down as well. The glass-lensed bulb is a recycled old headlight that’s been retrofitted with a dual element LED with white and RGB LEDs. You can control the color of light the lamp throws using a smartphone app. The brightness can also be controlled between settings for indoor use or outdoor use. Yes, Lampster is waterproof too. 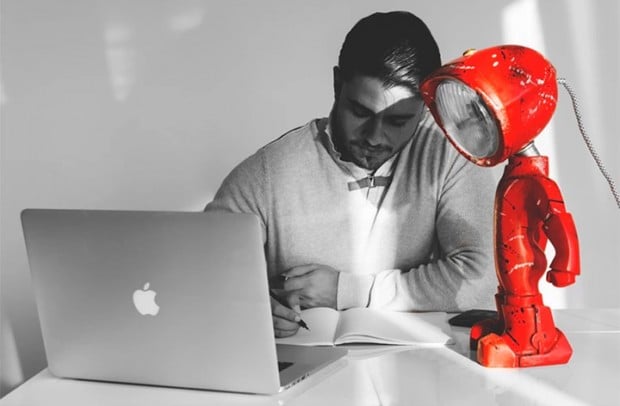 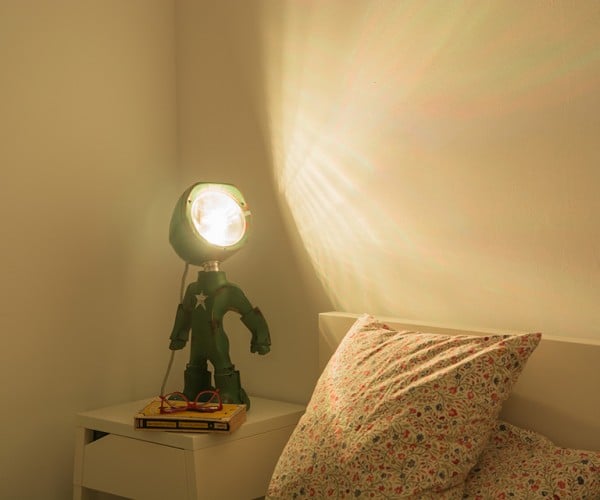 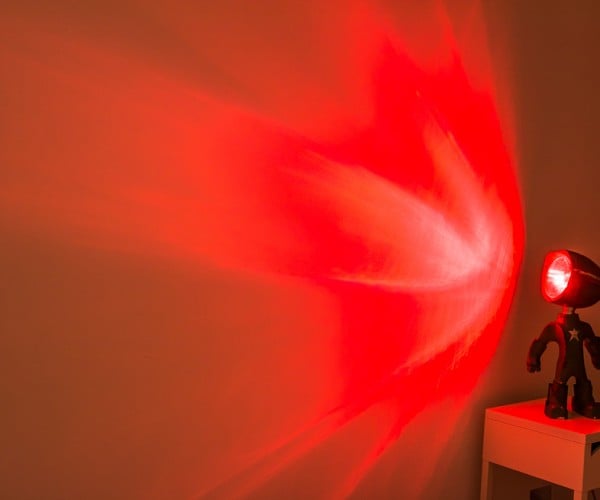 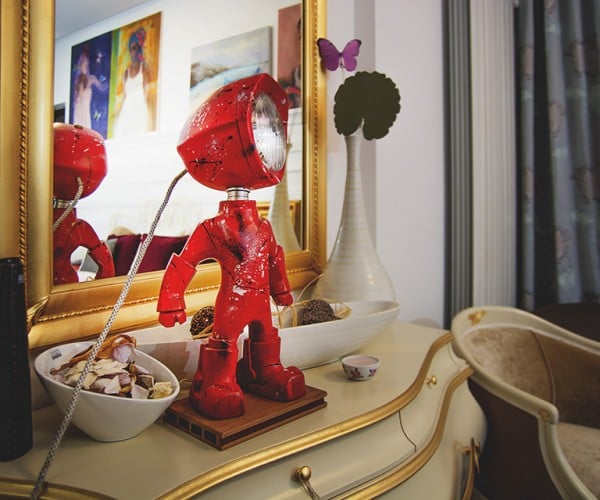 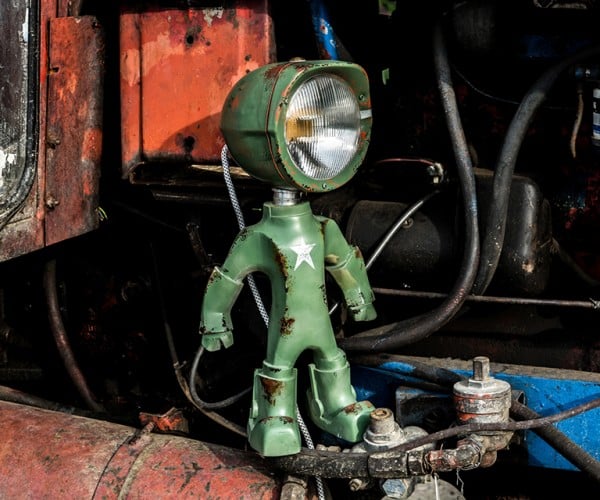 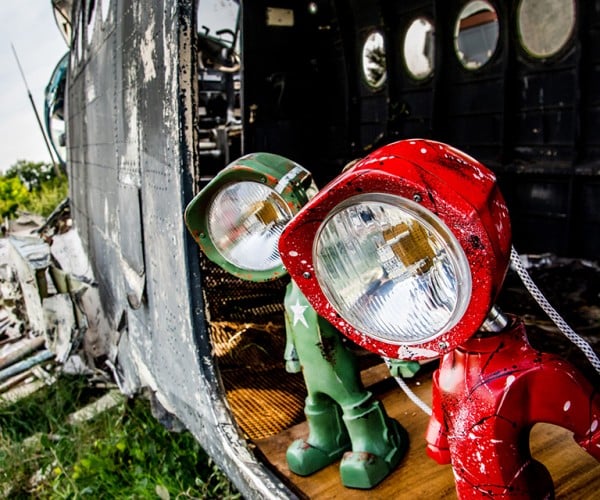 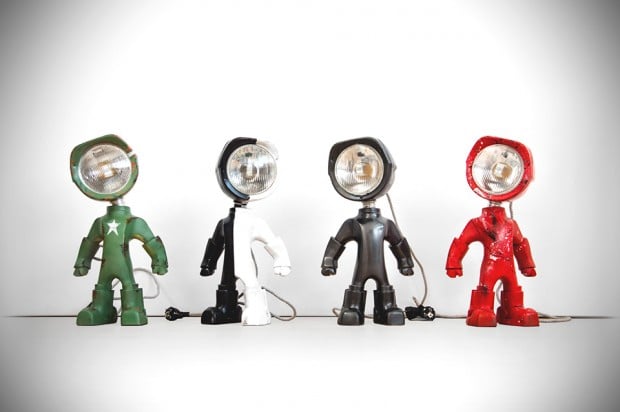 Lampster is on Kickstarter looking to raise $30,000 and has destroyed that goal to the tune of nearly $250,000 with 26 days to go. The sweet military looking Lampster will set you back $179 with the normal solid colors costing you $149, shipping is expected in June.