This oversize flashlight is incredibly bright thanks to its 90,000 lumens of output. For those of you who don’t know how much light that is – it’s more than enough to send Gizmo into rigor mortis.

Daniel Riley of Stratus Productions built the flashlight using ten 100w LED chips that each have their own glass lens to focus its beam. 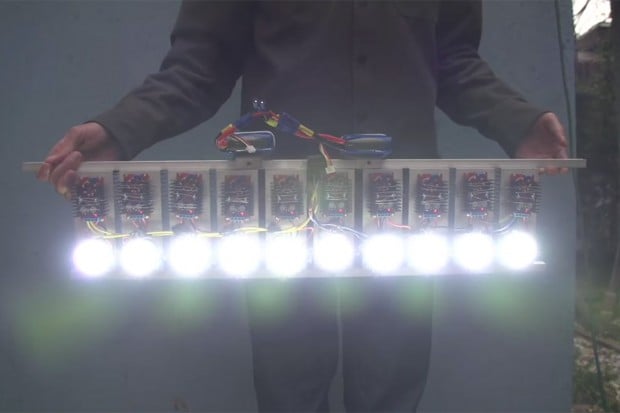 The result is like carrying a mini-sun and can light up enough area to make the neighbors think that a UFO is landing outside. Each of the LED chips has a giant heatsink, but I bet you can still fry eggs on this thing after it warms up.

Looking at how bright this light is, and the fact much of the video shows him shining it around homes and cars, I have to think Daniel had the cops called on him at least a few times.