Japan sees a large number of international travelers and as you can imagine, communication can be a barrier. Somehow everything still keeps moving and the system isn’t bogged down by those communication problems. It is hard for foreigners to understand the announcements at airports, but things may get easier soon. Japan’s Narita International Airport in Tokyo is testing a megaphone translator that will help. 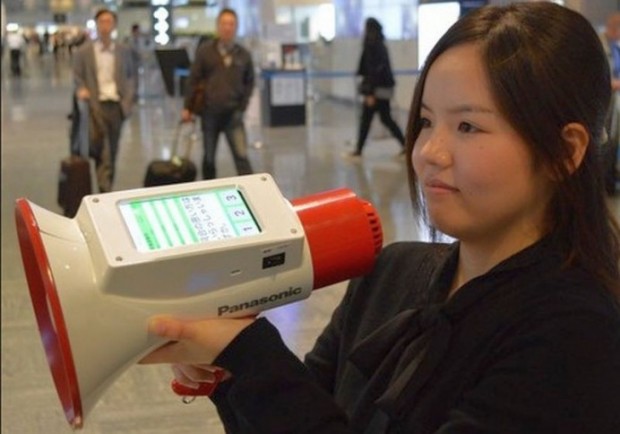 The megaphone is currently being tested at the airport to see just how practical it is to use. It was developed by Panasonic and was actually used in the 2014 floods, when the airport need to communicate with passengers who might not have spoken Japanese. This will help to make communication a bit better at the airport and foreign travelers will have an easier time.

[via rocketnews via New Launches]