I don’t celebrate Thanksgiving, but I want to publicly thank the German stuffed toy company Steiff for making the Teddytaur. I don’t know which portion of it is human but the sum of its parts is awesome. 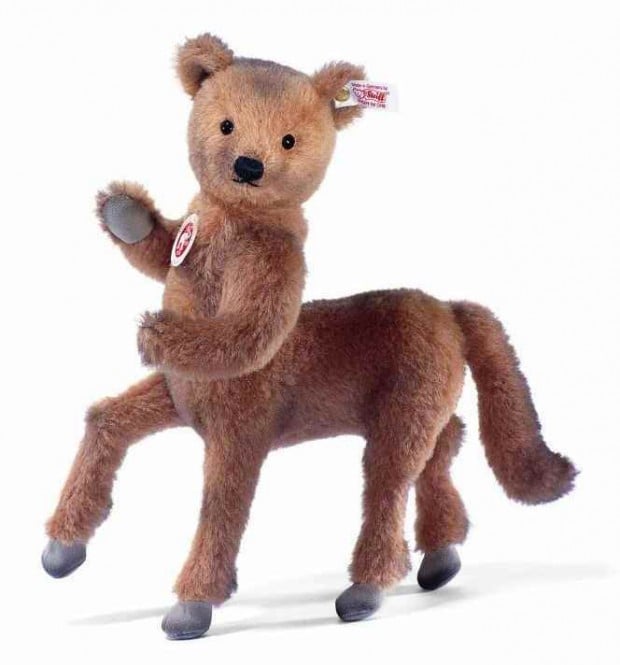 Awwww. It looks like it just started a forest fire. This 12″ stuffed toy is not just part bear and part horse, it also has alpaca fur. Here’s another photo of Halloween’s new mascot, courtesy of eBay user etwas.besonderes: 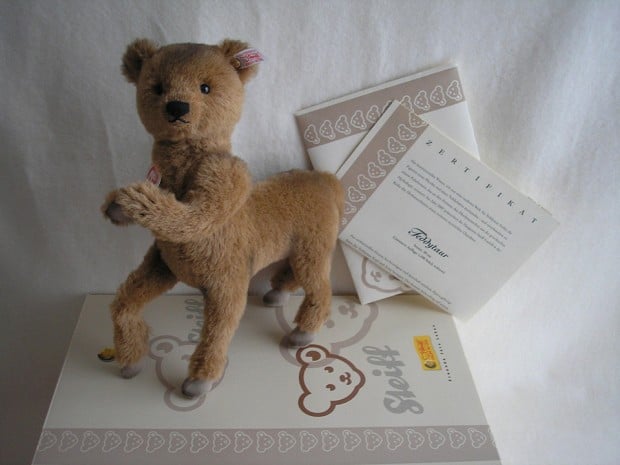 Sadly Ebearstore says only 1,500 Teddytaurs were made back in 2007. They were expensive too – Ebearstore had it for $220 (USD), and in Steiff’s Japan store it was sold for about $410. I hope this rare creature inspires new tales, nightmares and Etsy knockoffs.