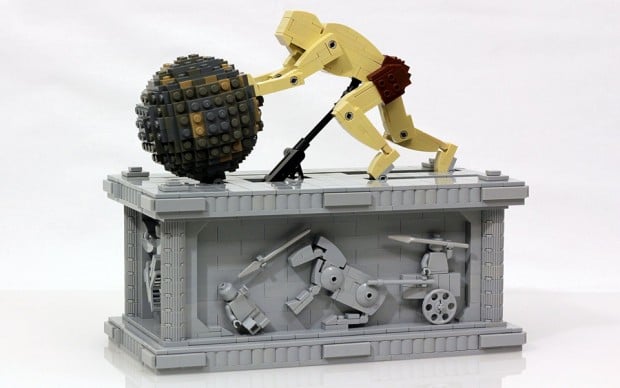 The sculpture sees Sisyphus endlessly pushing a boulder – Zeus’ punishment for his hubris and trickery. The stories actually have him pushing the rock up a steep hill, only for it to roll back down just as he’s near the summit. But I can’t dock points against Jason for making Sisyphus work on a flat surface because here he simply moves in place. An equally Sisyphean fate. You can start Sisyphus’ punishment using a Power Functions motor – driven by electricity! – or with a small hand crank.