Released earlier this year, NERF’s Rival guns have become a hit. Its literal big gun, the Zeus, is fairly light, accurate and has good range. The problem is that it holds only up to 12 balls. That’s why YouTuber Out of Darts is coming up with ways to drastically increase its ammo capacity. 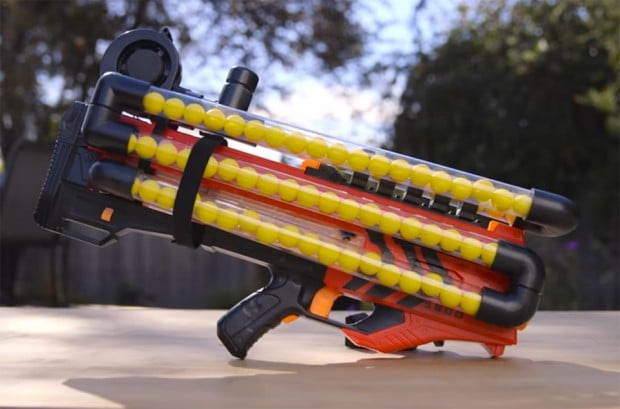 Put simply, Out of Darts made a winding custom magazine using polycarbonate tubing, with a small blower that helps feed the bullets into the Zeus’ flywheel. He started out with a magazine that holds up to 56 balls…

…then he doubled it.

Not enough balls? It’s not enough for Out of Darts either. That’s why he’s working on a backpack ammo loader that he says can hold thousands of balls.

Damn. Check out the description on the 56-ammo video to see the parts that he used for the mods.