Portal fans, you might want to hang onto something. Word of advice, up to you. Genevieve Bee made this cool talking and moving replica of Wheatley from scratch. 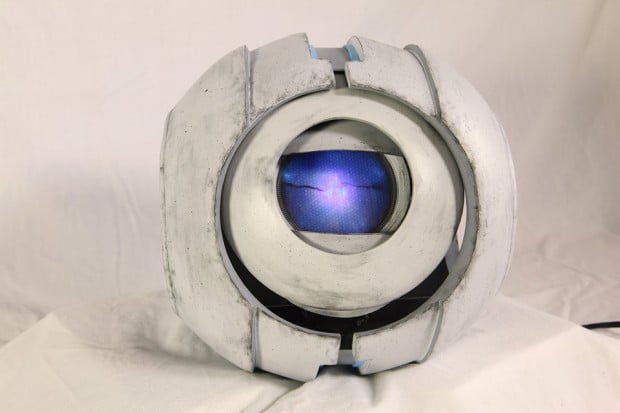 Genevieve Bee used XPS foam, foamed PVC and epoxy putty to make Wheatley’s body. She used parts of a flashlight, a CD case, her own print of Wheatley’s eye and some LEDs for the glowing eye. A Velleman kit wired to the speaker makes the LEDs flash in synch with Wheatley’s dialogue. Finally, she made a joystick controller to operate the three servos that make Wheatley’s head and eyelids move.

Genevieve Bee used an Arduino Uno to manage Wheatley’s electronics. You wouldn’t guess it from the end result, but this was actually her first time working with Arduino; she bought a starter kit just for this project. Check out her blog for more details on her amazing build.