ESCORT Max 360 Radar Detector ups the Ante in All Directions

The last time I got a speeding ticket, it was in one of those places where the speed limit changed without warning, and I just didn’t even realize that it had decreased from 70 to 55. In some locations, even a small violation can cost you big dollars – not just with a ticket, but with large insurance rate increases, that can add up to thousands over just a few years. In my case, I was lucky to get just a $150 ticket, and no insurance bump, but I was without my license for more than a month while I waited for it to be returned. A good radar/laser detector would have saved me both some money and a major inconvenience.

Contrary to popular belief, radar and laser detectors aren’t illegal in the vast majority of America. Only Virginia and Washington D.C. prohibit their use. There are a number of radar and laser detectors on the market, ranging from cheap models that might drive you nuts with false alarms or are simply inaccurate, ranging to high end models which can catch just about every radar and laser threat, and are much better about filtering out noise. ESCORT’s latest radar detector falls at the latter end of that continuum, aiming to provide the maximum in accuracy, distance, and can even tell you the direction that a signal is coming from. 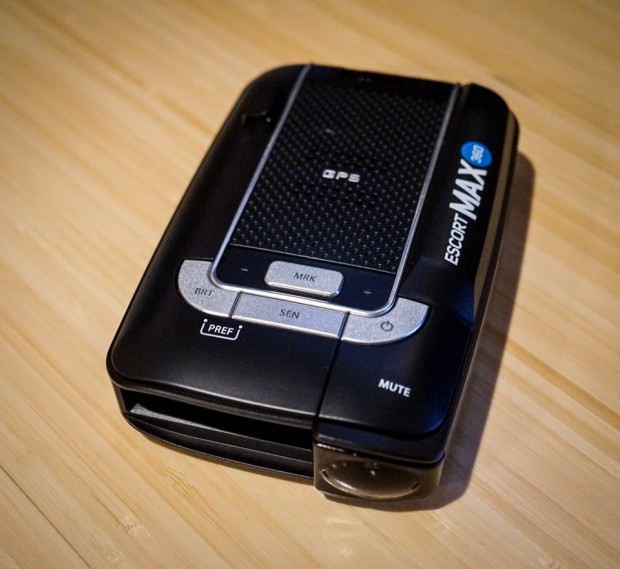 The new Escort Max 360 Radar/Laser detector is jampacked with technology to help you get the most advance notice of radar and laser signals, and includes a variety of features to make it easy to use and accurate. The Max 360 offers the ability to detect all of the major radar types, as well as laser signals, and can tell you exactly what direction the signal is coming from thanks to a series of arrows which point in the direction of the source. Antennas in the front and rear help it to accurately triangulate the signal. There’s an easy to read full color OLED screen, which shows both the speed limit and your current speed, as well as the level of any signals detected from its front or rear antennas. And loud, audible alerts keep your eyes on the road. 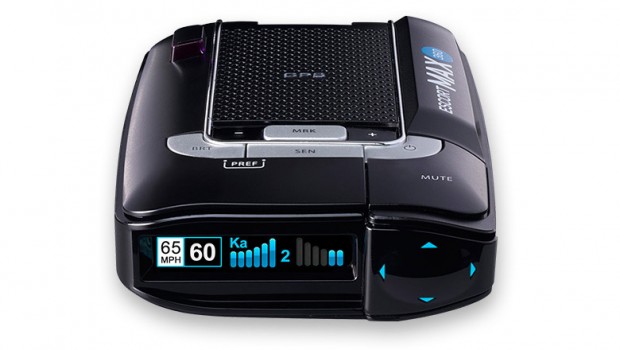 The Max 360 can also alert you to speed and red light cameras, and when used with the ESCORT Live app and service, radar and speed trap data is shared among users so you get extra protection (a la Waze). In addition, its GPS capability automatically learns false alerts and you can also store locations on the occasion you do get a false alert. 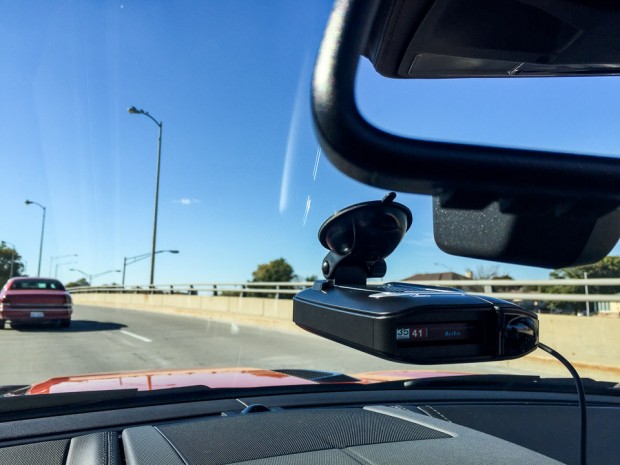 ESCORT is so confident that the Max 360 is the best radar detector on the market that they offer a Speeding Ticket Limited Guarantee – which will cover you in the event that you get a radar or laser speeding ticket (some restrictions apply). You’ll just need to buy your Max 360 directly from Escort to qualify for this perk.The ESCORT Max 360 is available now and sells for $649.95(USD). I’ve got one in my car now, and won’t leave home without it.