XCOM Fan Game Being Made in Excel: EXLCOM 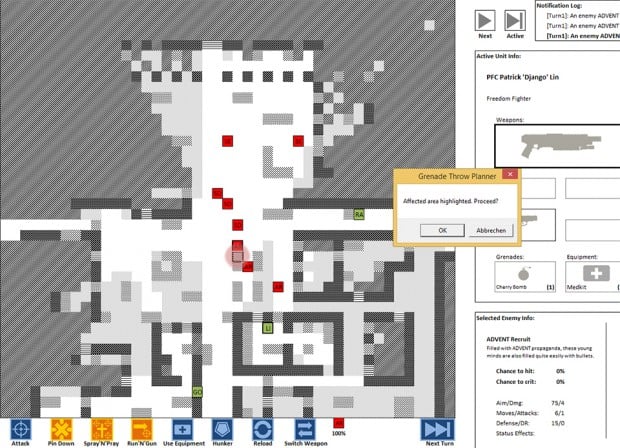 Crruzi says he just learned to use VBA for work and is making EXLCOM to sharpen his skills. EXLCOM takes place “between the events of XCOM:EW and XCOM 2, where a group of guerilla fighters try to liberate their city from ADVENT control.” Don’t expect 3D graphics here. EXLCOM’s graphical interface is closer to a tabletop RPG than a video game. That said, crruzi is implementing class skills, terrain effects and even a variety of weapons and equipment.

You can download a test build of EXLCOM here. It’s still in alpha though; crruzi has finished only the battle system and even then it’s bound to have bugs.