Here’s a clock that will fit right into an electronics enthusiast’s workshop. Made by Awkward Engineer, the AWK-105AL is an alarm clock that looks like an analog voltmeter. 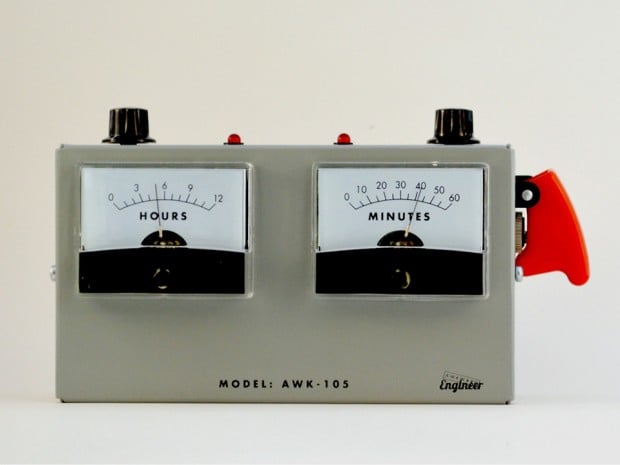 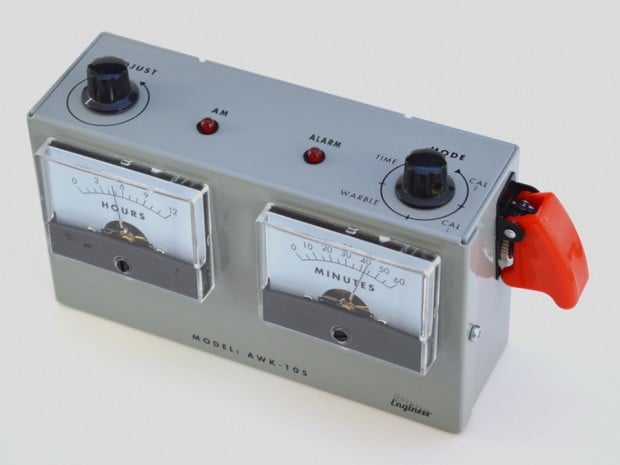 The AWK-105AL is an improved version of Awkward Engineer’s first voltmeter clock, the AWK-105. Like its predecessor, the AWK-105AL has separate meters for hours and minutes and a mode where the needles twitch at random times. But this newer clock has an alarm function, an AM/PM indicator and optional backlit displays. In addition the AWK-105AL is powered via USB while the AWK-105 requires an AA battery. The video below shows us how the AWK-105 works, but it applies to the AWK-105AL as well.