Even though consumer UAVs are becoming smarter and easier to use, they can still cause physical harm. Just last month a baby lost one of his eyes because he was accidentally hit by a quadcopter’s propeller. That’s why Fleye is working on a drone that hides its propeller and other moving parts in a spherical shell. 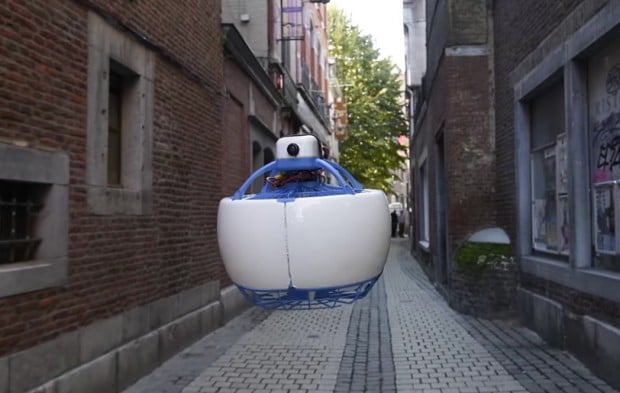 Fleye’s sensors help it to remain stable when it bumps into something or someone so you can safely touch or push it. Fleye has three autonomous modes – selfie, panorama, and hover – but you can also control it manually using a mobile app. 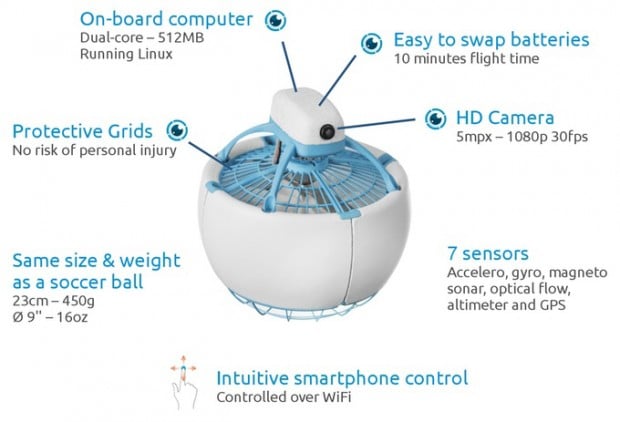 But Fleye isn’t just about safety or ease of use. It runs on the Linux-based Yocto and supports OpenCV so you can make programs for it that depend on computer vision. It will also have a remote API as well as SDKs for iOS, Android, Node.js, and Python. Finally, the company is offering a Fleye Developer Edition that has twice the CPU cores and RAM of the consumer edition.

Pledge at least ~$740 (USD) on Kickstarter to receive a Fleye unit as a reward.