Laser enthusiast Patrick Priebe rides on the Star Wars hype train by making a much smaller version of the Death Star’s superlaser. It may not be able to destroy planets, but it probably could blind a Rebel or two. 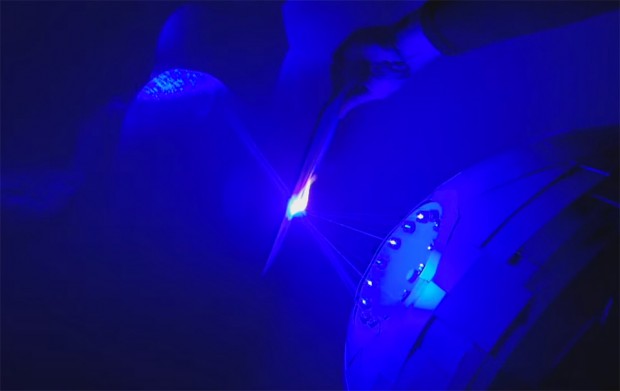 Patrick made the array using 14 6W lasers. After mounting them on a lampshade, he manually adjusted each laser to make their beams converge into one spot. As for the Death Star’s body, Patrick coated a beach ball with resin and fiberglass and installed LEDs inside. I don’t know what he used to mimic the Death Star’s segmented appearance though.

Here’s more of the lasers burning through objects:

I hope Patrick makes a tiny planet out of soil and rocks so we can see what the lasers can do to it.