Redditor NoPlaceForHideo let the legend come back to life by printing some of the photos in Venom Snake’s Aerial Command Center and arranging them on his wall. 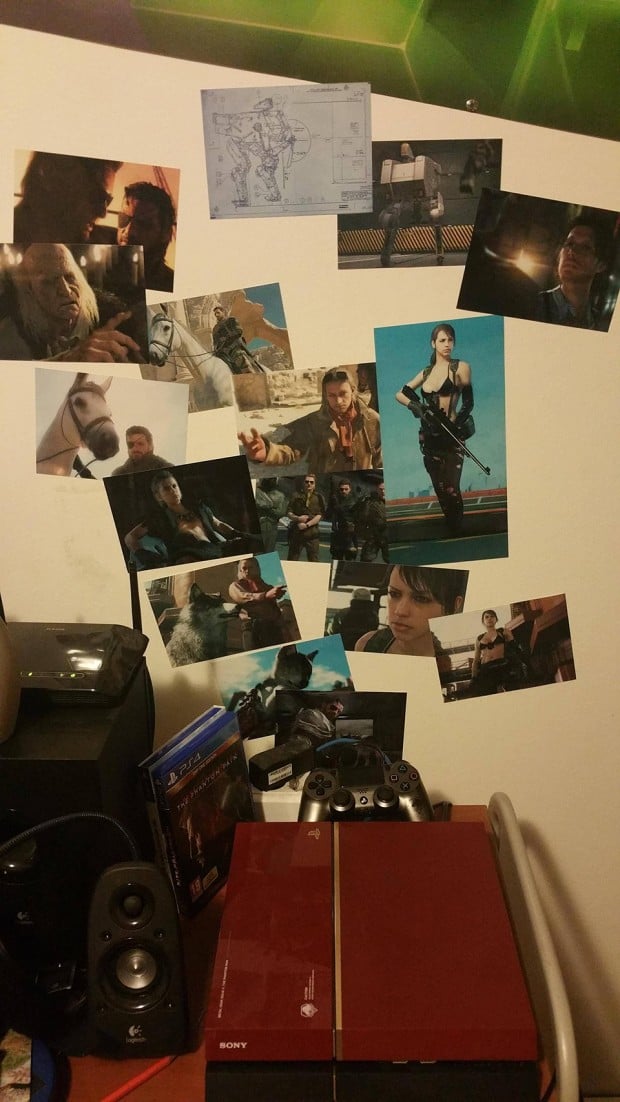 Don’t scatter your sorrow to the heartless sea. Print the high res photos from these Imgur albums so you’ll always remember this crazy cast. I love how a couple of these pictures were taken on the field during serious moments. I’m imagining Kaz throwing another tantrum because Venom is taking a picture of Code Talker instead of hightailing it out of there.