A Chart of Every LEGO Color

Growing up, it always seemed that the LEGO bricks I had were white, yellow, red, green, or blue. As my daughter got older and started to play with some of the sets aimed at little girls, a bunch of pink bricks ended up around my house and under my toes.

I never knew the wide range of colors they made bricks in until I looked at this chart. It has every official LEGO brick color ever made, and there are a bunch of them. In all, there are 182 different colors. 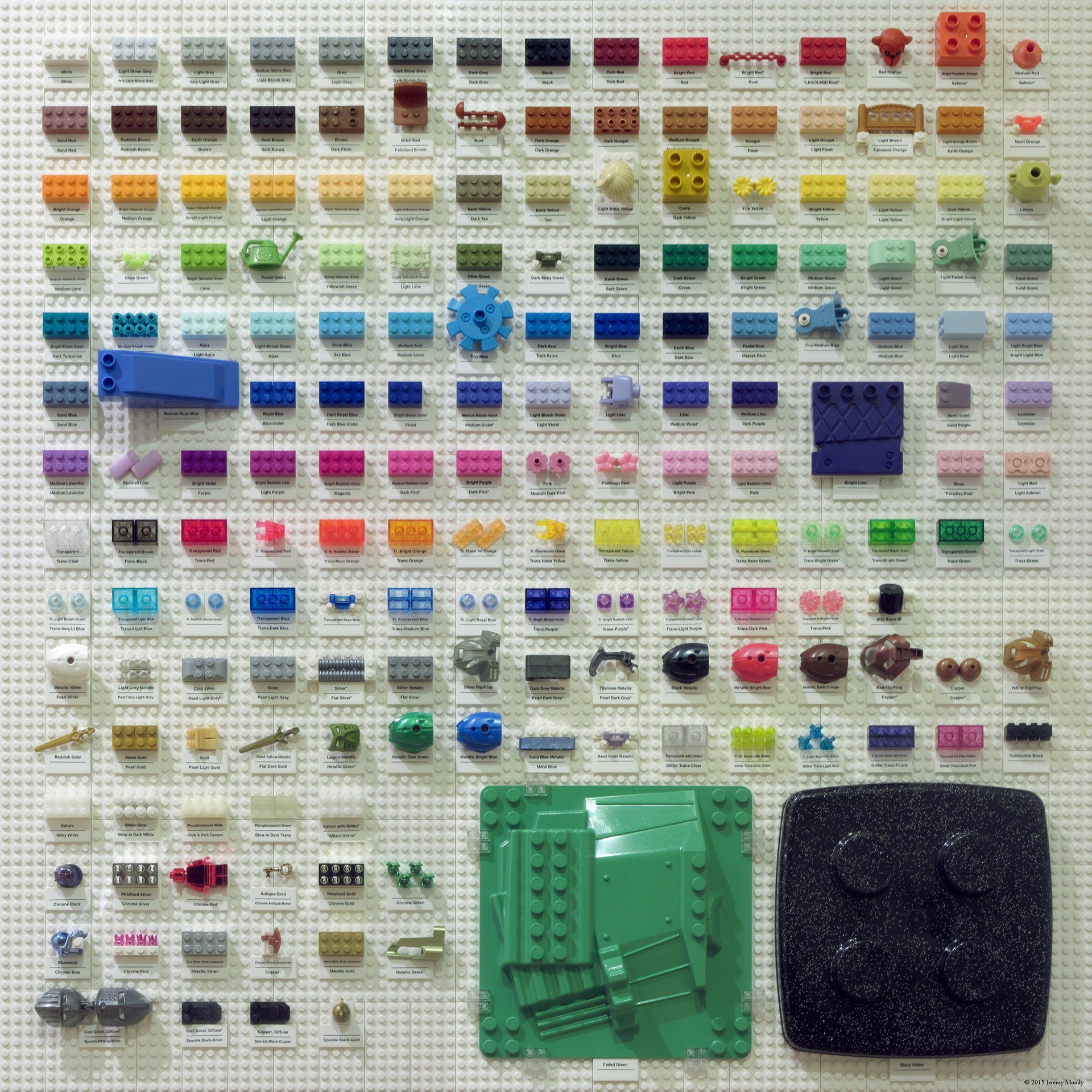 Jeremy Moody, who put the color chart together says that most of the bricks were common, but some of them were rare and very hard to get. Some pieces came from kits that went out of production decades ago.

Go here for a full hi-res version of the chart.