The Witcher 3 Mod Replaces Combat with Gwent: Yugi of Rivia

Here’s a literal game-changing mod for those who are addicted to The Witcher 3‘s card game. Nexus member DickDangerJustice is working on Hearts of Card, a mod that turns all physical combat in The Witcher 3 into Gwent battles. 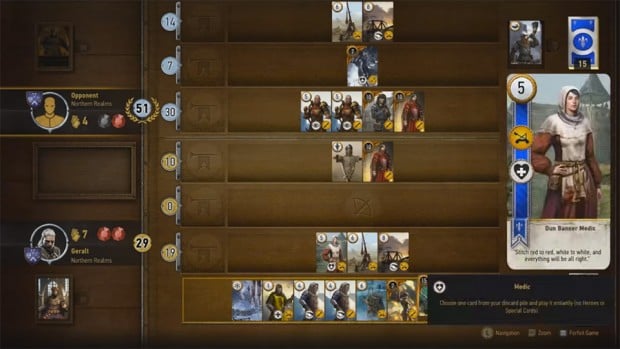 The card game kicks in if you hit an enemy or if Geralt is attacked. Enemy decks are randomized, but they scale based on your difficulty setting. To make things less tedious, you need to play only one battle to defeat all nearby enemies, i.e. all foes “within 30 units.” Naturally Geralt dies if you lose the game.

Download Hearts of Card if you’re ready to shuffle up and deal damage.