The smart man knows a bandage only hides his wounds. And University of Bath Professor Toby Jenkins is a very smart man. That’s why he and his colleagues from various UK universities and hospitals are working on a bandage that glows under ultraviolet light when exposed to toxins produced by pathogenic bacteria. 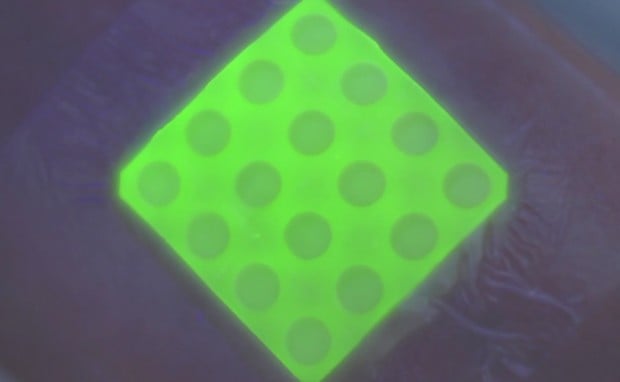 As reported by the University of Bath in the video below, it’s important that the bandage’s non-toxic dye glows only when exposed to the toxins produced by harmful bacteria. Scientists say the toxins are produced only when the bacteria grow to a certain number.

See, it can be hard if not impossible to detect if harmful bacteria have infected a wound, but because an infection is dangerous, patients often end up taking antibiotics even if it’s not actually needed. Sometimes the wounded do get infected but their bodies can take care of the bacteria on their own. Unnecessarily taking medicine runs the risk of creating antibiotic-resistant bacteria, never mind the potential for side effects. Factor in the cost of treatment and hospital stay and you can see why this bandage could be revolutionary.

The scientists’ paper is behind ACS’ paywall, but you can learn a bit more about the bandage on MIT Technology Review.