Ryan Bates is working on a unicorn in the arcade world: a fair claw machine. Powered by an Arduino Mega, the machine isn’t easy to build, but at least it won’t screw you or your customers. 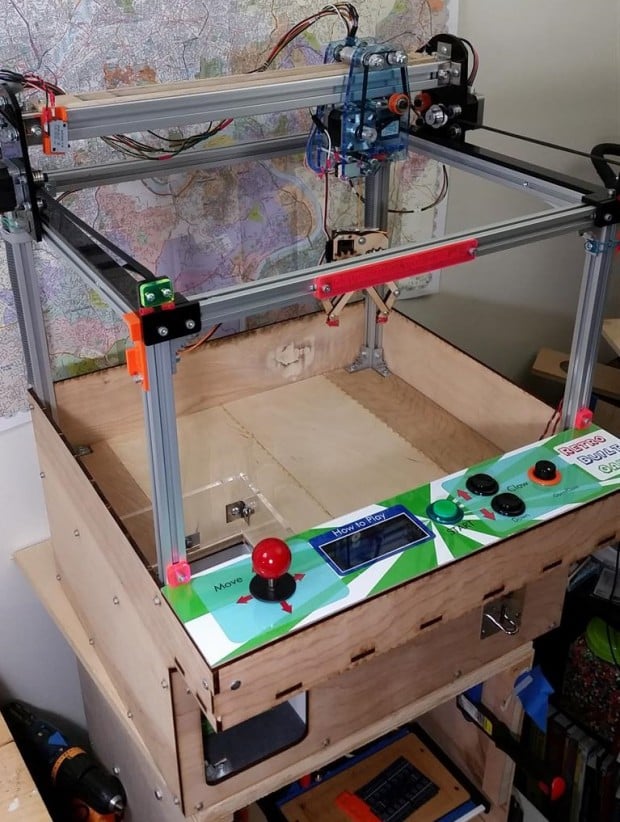 To reduce costs, Ryan built the claw machine partly out of widely available 3D printer components. That should also make it easier to repair and upgrade. His full build cost him about $470 (USD), but he says you can cut it down to around $210 by using wood instead of aluminum extrusions for the frame and ditching bells and whistles like the coin slot and LCD.

Ryan says his machine relies on skill instead of luck, so it rewards repeated play. He’s obviously had a lot of practice on the machine, but he says beginners usually manage to grab only one or two candies in a session. So it’s possible to make a profit off of the machine, though it’ll take a while. On the other hand, you can go nuts and make the claw machine super easy for the player. It’s your machine!

Check out Ryan’s Instructables page for a more detailed guide. He’s also planning on selling a DIY kit, so keep an eye on his shop Retro Build Games if you’re interested.