Japan doesn’t have a strangle hold on weird snacks, Lay’s has some oddly flavored chips here in the U.S. as well. However, Japan does have snack oddities like the gold leaf Kit Kat bar, and now Japanese snackers can get potato chips that taste like dessert. Because, why not? 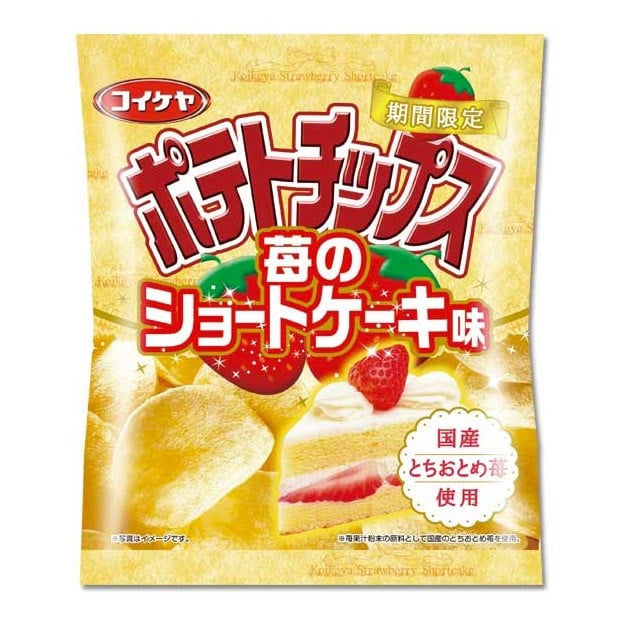 These chips are made to taste like strawberry shortcake. They’re made with a Japanese strawberry called the Tochiotome, which is said to be particularly sweet. 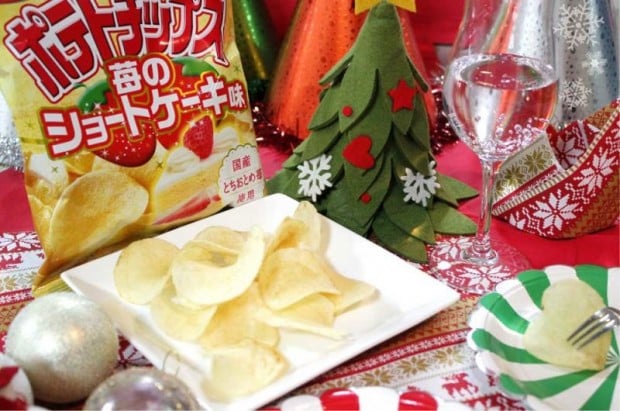 The reasoning behind these chips is that during Christmastime in Japan, strawberry cake is a common treat. The chips are said to taste very much like strawberries and shortcake, which sounds rather odd mixed with a salty chip.