If you follow writer/director James Gunn on social media, you already know that he shares a lot of cool stuff. Recently Gunn posted these pictures of a custom-made Awesome Mix Vol. 2 coffee table. It even has an awesome story. 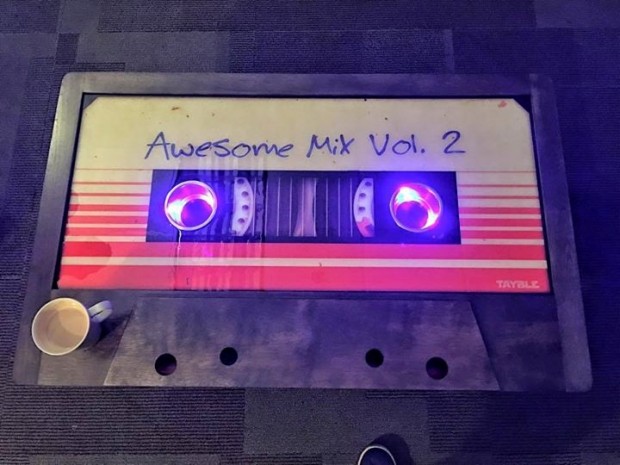 This table that looks like Star-Lord’s Awesome Mix tape is from one of the pre-visual animation artists on Guardians of the Galaxy 2. He had it custom made, and it sits in front of them every day while they work. 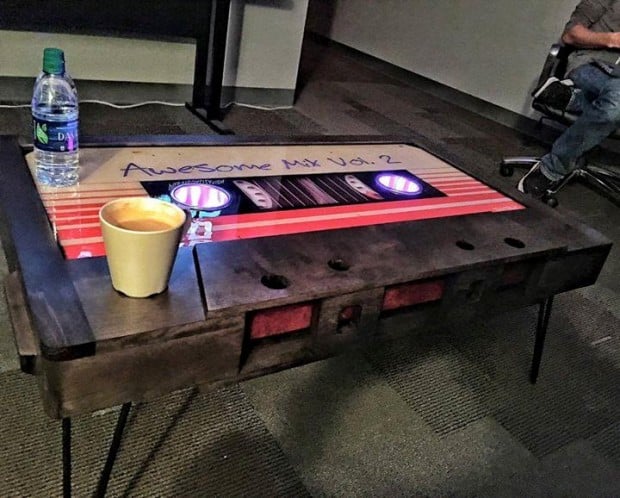 These guys really love what they do and they are passionate about it. That shows in the movies. They eat, sleep and breathe the world they create. I wish I had a table like this, but I’ll settle for another great movie instead. It looks like they aim to deliver. 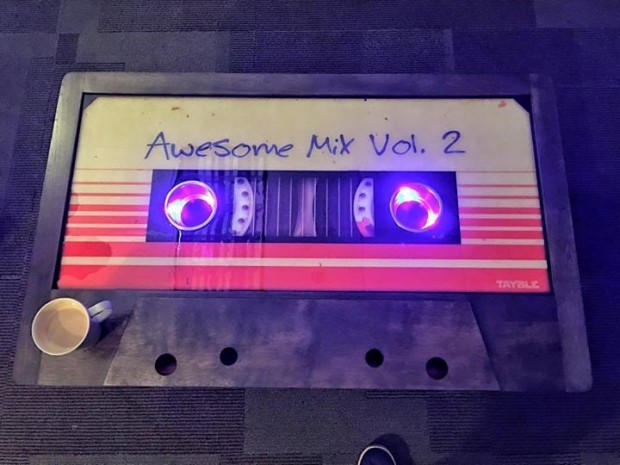