This drone with a flamethrower attached looks to me like a one-way ticket to a federal holding cell. This can’t be legal, can it? I mean, this is a DIY drone that has a freaking flamethrower that can throw said flames a good 25 yards. 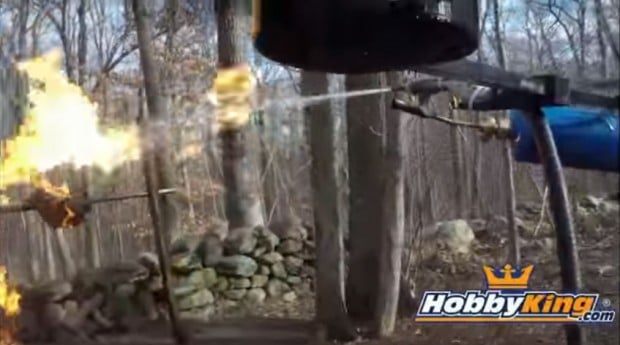 In this video, the drone operator isn’t doing anything too sketchy at all. I mean other than setting fire to a turkey and the ground a good 10-feet behind the turkey in the middle of a heavily wooded area that has lots of dry leaves and sticks around.

The video is pretty cool, but everything about this seems highly illegal so I’d be wary of building your own version. If you want to flout the law, a parts list is featured on the YouTube page for the video. I’m thinking HobbyKing isn’t actually responsible for this video, but who knows.