This post brought to you by Escort Radar + Laser Detectors. The content and opinions expressed below are that of Technabob.

For years, I’ve been on a quest for a radar detector that’s accurate enough to protect me from tickets on both highway and city roads, but that won’t constantly go off from every garage door opener. One detector that might just be up to the task is the new ESCORT Max 360. ESCORT was kind enough to send me their new radar/laser detector for an opportunity to put it to the test. 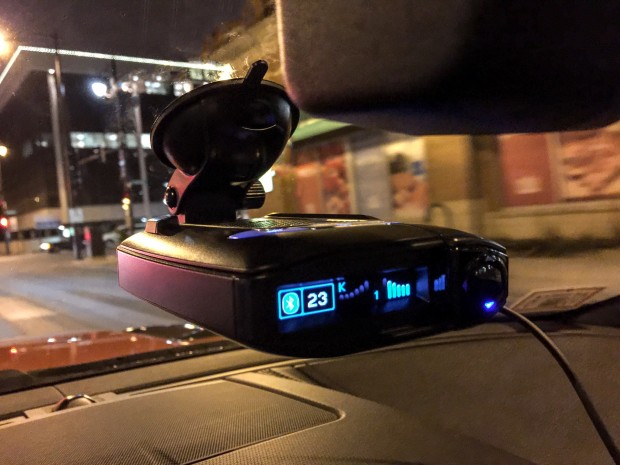 For starters, the ESCORT Max 360 is a deluxe, high-end unit, capable of detecting signals at a greater distance and accuracy than inexpensive models, and offers a variety of high tech features that really add to its usefulness. Setting up the Max 360 is easy. Simply attach the ultra-sticky suction cup to your windshield, and plug it into your car’s 12 VDC accessory outlet. As a secondary step, you can pair it with your smartphone for added functionality, but I’ll get to that later. Of particular note is the improved mounting system compared to earlier Passport models. This version uses a powerful magnet to hold the detector onto the bracket, which makes placing and removing it easier, and it’s less susceptible to breaking.

One thing of note is that the Max 360 is quite large compared to other models, presumably to make room for the second antenna, but the mounting bracket has no trouble handling its added heft. 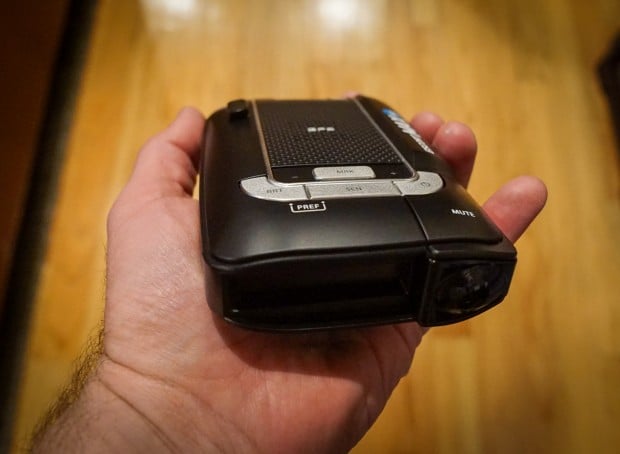 Out of the box, the Max 360 does an excellent job detecting all the major radar bands: X, K, and KA, and does so in a really useful way. It has both front and rear antennas, which allow it to sense if a signal is coming from in front, behind or to the sides of your vehicle. The bright color display shows the signal strength for each antenna, and a 4-way arrow indicator shows which way it’s coming from. Alerts are a combination of visual, tone and voice with adjustable brightness and volume settings.

While I don’t have a scientific way to measure its accuracy, I found that the Max 360 was very good at picking out radar and laser signals along my routes, and it alerted me to speed traps along the highway on numerous occasions, giving me plenty of time to check my speed and make sure I wasn’t going to get into trouble.

No radar detector that I know of is capable of filtering out every false alarm, but the Max 360 did a good job minimizing these alerts from things like banks and shopping malls, and offers a GPS feature that lets you mark areas that you want to ignore going forward. 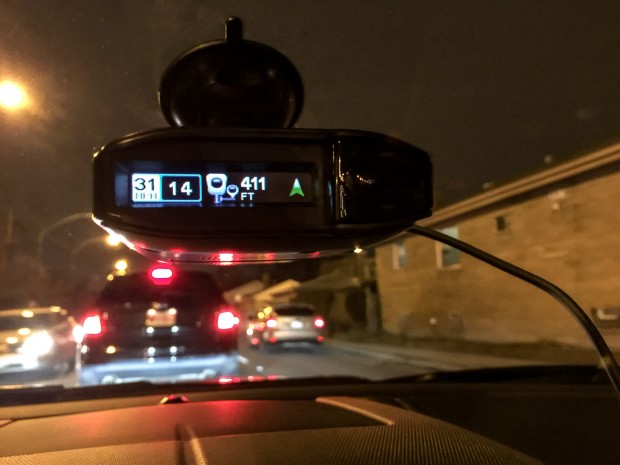 The Max 360 comes pre-loaded with ESCORT’s DEFENDER database, which includes locations of red light and speed cameras throughout the U.S. and Canada. Using its GPS, it’s able to display alerts for upcoming cameras, and gives you a distance warning to indicate how far away it is. Keep in mind that you’ll need to sign up for a subscription if you want updates to the database. A 1-year subscription is $19.95, and a 3-year will run you $39.95. 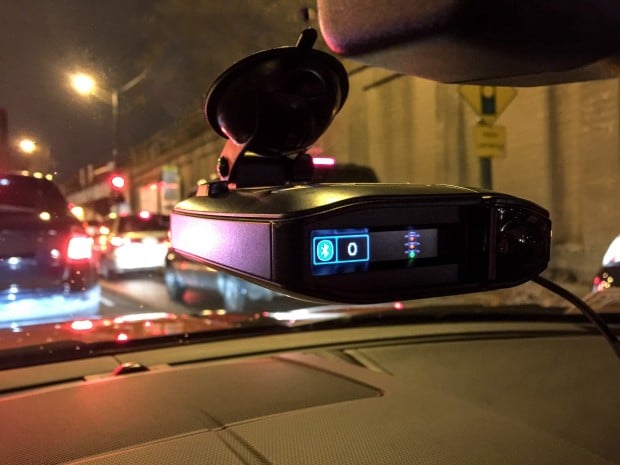 You can also connect the Max 360 with the ESCORT Live! smartphone app via Bluetooth. This iOS and Android app augments the device with additional data, such as threats spotted by other drivers using the app, and also pulls in local speed limit data. As an added bonus, you still get access to the crowdsourced data if you don’t have your radar detector with you – which comes in handy if you’re traveling and have a rental car. 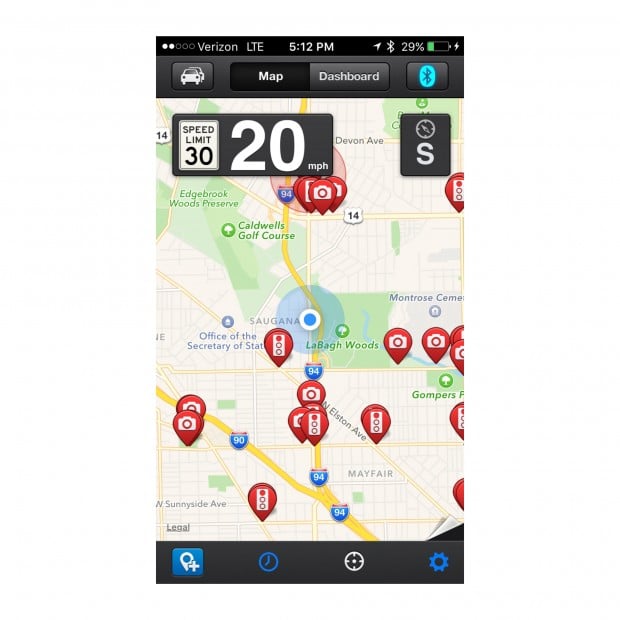 In addition to providing real-time maps of threats, the app shares your detector’s information back to the cloud and maintains a history of signals detected. To get full benefit from ESCORT Live!, you’ll also need to subscribe – at a cost of $4.99 a month, or $49.99 a year. If I have any qualm at all, I’d love to see the Max 360 come bundled with at least a year of its companion services, given its price. 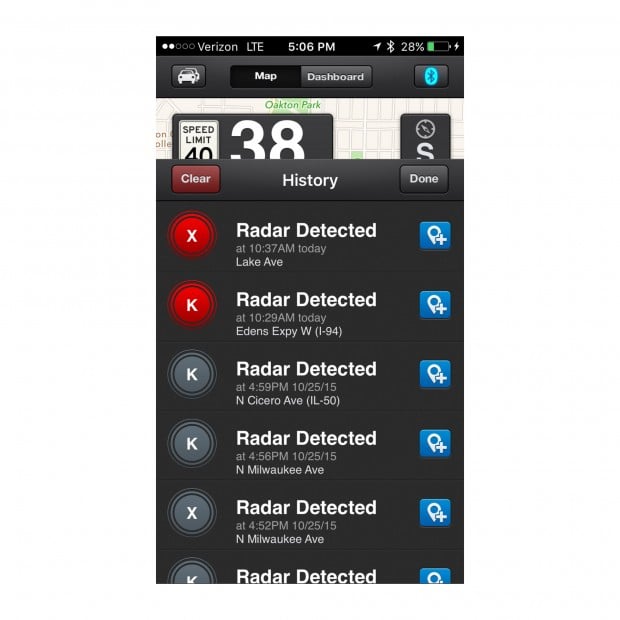 Overall, I’m very impressed with the ESCORT Max 360. It’s definitely the most full-featured and user-friendly radar/laser detector I’ve ever used, and now that it can detect signal direction, it’s just that much more useful. I also love having the speed and red light camera alerts, and the extra crowdsourced data from the ESCORT Live! app. If you’ve got the budget, there’s not a better radar detector on the market. The Max 360 is available direct from ESCORT for $649.95(USD).