Tokyo Police Use a Drone to Catch a Drone

Last week, I showed you guys a drone that had a flamethrower attached, and was cooking a turkey. That flame-throwing drone could just as easily be used to attack people or property. With that in mind, the Tokyo police have a plan to stop nefarious drones before they can cause problems. 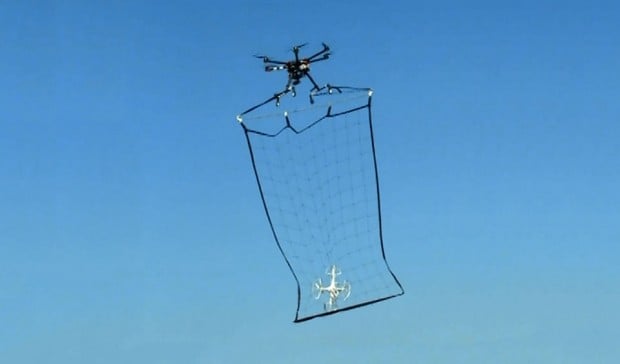 The plan involves using a larger drone with a big net attached to its legs. The big black police drone flies over the smaller bad guy drone and catches it in the net. Once the bad drone is netted, it’s taken to the ground where police will stomp it to bits.

At least I’d like to think the police would be waiting to stomp it. The police in Tokyo plan to have ten of these net wielding drones ready to protect important government buildings.