This LEGO Call of Duty Flamethrower Is on Fire

YouTuber ZaziNombies’s DIY LEGO flamethrower is pretty awesome. It is based on the “Purifier” flamethrower from Call of Duty: Black Ops 3. It took him about 1,200 bricks to create and yes, it actually shoots flames. So basically, this can never be an official LEGO set or it would be their last. 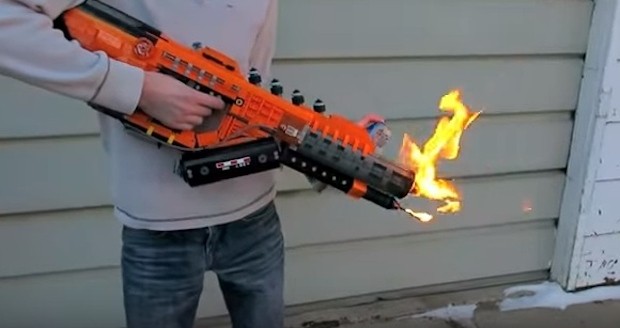 So how does he keep those bricks from being melted? Well, some of them near the front were melted, but like the man says, that just makes it look more authentic.

It is a great replica, and thankfully not as powerful as the game version. Fans of the Black Ops should not try this at home. No one should. Stick to using the one in the game, which is guaranteed not burn your house down.

[via BGR via Nerd Approved]