I’m sure we all have these random childhood memories of events that happened that weren’t particularly important or scary, but we still remember them with incredible clarity decades later. One of those random memories for me was going over to my cousin’s house back in the early ’80s and finding out he had just got one of those massive AT-AT walker toys as a gift. 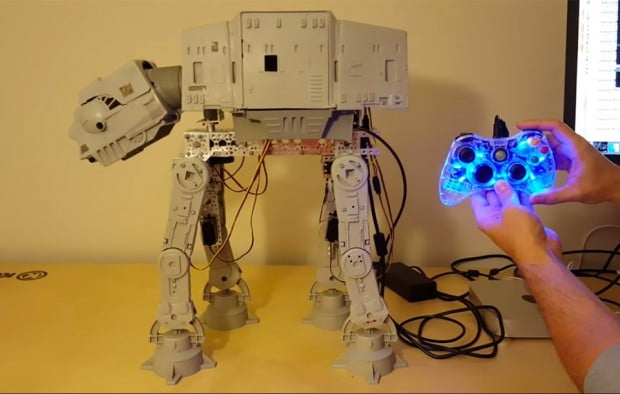 We played with that noisy and hard to move AT-AT for hours and I clearly recall us both talking about how awesome it would be to have one that really walked. Fast forward a bunch of years and a geek called Dave Stein has made that dream come true. 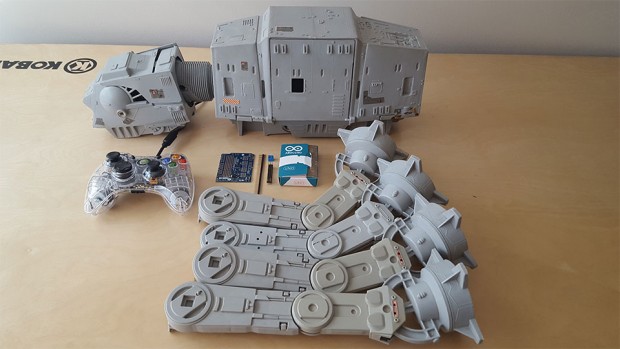 What you see here is a vintage ’81 Kenner AT-AT toy that he has crammed full of servos, aluminum rails, and other hardware to make it actually walk. It’s operated by an Xbox 360 controller, and it is full of so much awesome I can hardly stand it. If you want to try and make one for yourself, a full parts list is available on the project’s website, Atatproject.com.

Driving a Giant Pickup Truck in the UK