Who knew that they were building Hot Wheels cars in 1:1 scale? This is a life-size Darth Vader Hot Wheels car with every detail that the toy version has, plus a few extra, like being able to actually drive it. And that’s what Jay Leno does on the latest episode of Jay Leno’s Garage. 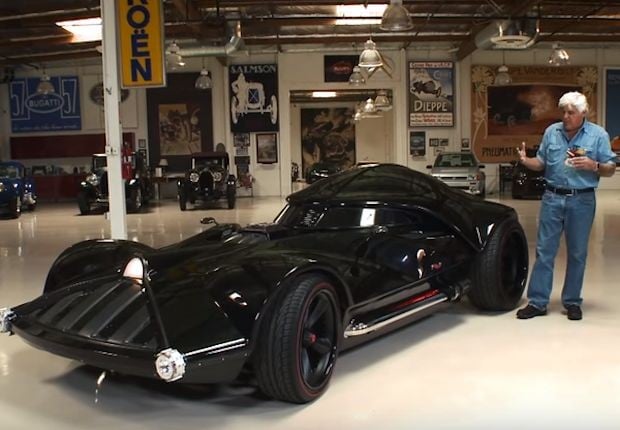 Designer Bryan Benedict and builder Billy Hammon explore this amazing replica with Leno, then let him take it for a spin. I have to say, the design becomes much more impressive when you can see this car in actual size – and driving down the road. Vader would love to drive around in this car.

Seeing this thing makes me want a Mad Max/Star Wars movie where the Star Wars characters all do battle in a 2-hour car chase. I’d settle for a Star Wars Cannonball Run too.