It’s the oldest trick in Bugs Bunny’s playbook. Stuff a carrot in Elmer Fudd’s shotgun so that it blows up in his face. But what would really happen if you jammed a carrot in the barrel of a shotgun? You are about to find out, as Demolition Ranch answers this age old question. 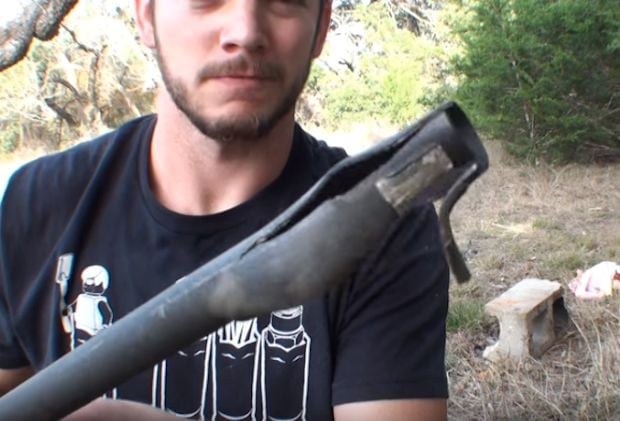 Could this trick have saved Bugs Bunny’s life in real life? The answer is surprising. The carrot doesn’t stop the shotgun slug at all. It still shoots fine and destroys the turkey which is standing in for Bugs, however it really does destroys the barrel of the gun.

So Bugs gets an A for thinking outside of the box, but he would be dead. But he would be praised as a hero, saving other bunnies from the wrath of Elmer Fudd’s boomstick.