Last month we featured Calimacil’s new lightsabers, which have foam blades to keep roleplaying sessions injury-free. But if you need lightsabers for performances or more intense dueling, the Valence Saber might be what you’re looking for. 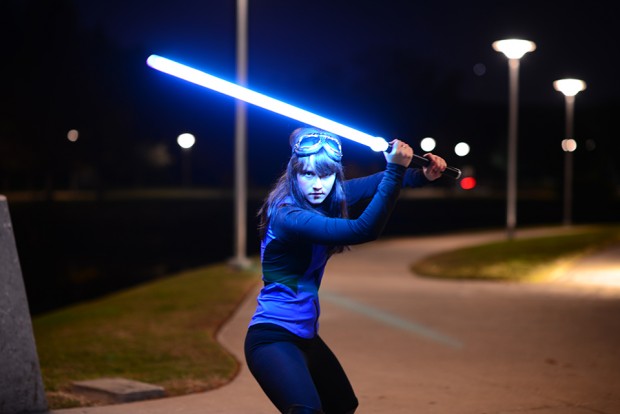 Valence Saber President Cody Freelen has a background in martial arts choreography and fencing. He told me he was tired of accidentally turning off his lightsaber or changing its sound during performances, so he opted for a more practical handle that has nothing but vertical ridges to make it easier to grip.

To make up for the lack of physical controls on the saber itself, you’ll tweak Valence Saber’s light and sound effects via Bluetooth with the help of its mobile app. From there you can switch the saber’s LEDs to one of 31 colors and assign its 240 sound effects to various motion-based triggers, such as when it’s powered on, when it’s stationary or when it hits an object.

The saber’s LEDs are also motion-activated. They automatically light up when you start swinging the saber, glow brighter when you swing hard and automatically turn off if the saber remains still for 6 seconds. You’ll also be able to connect two lightsabers into a dual-bladed staff and sync the effects of both their blades if you want. 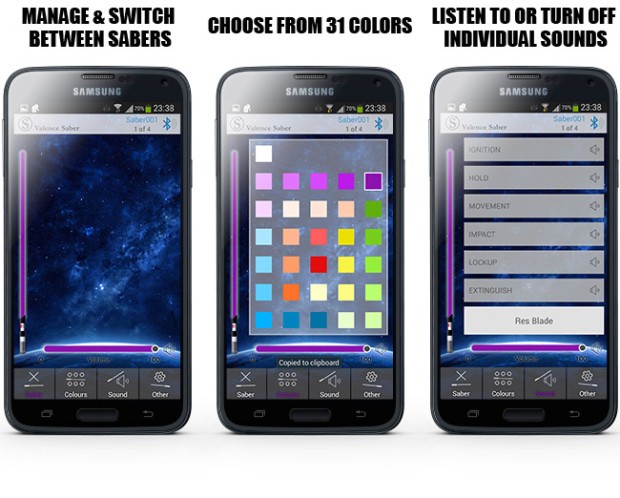 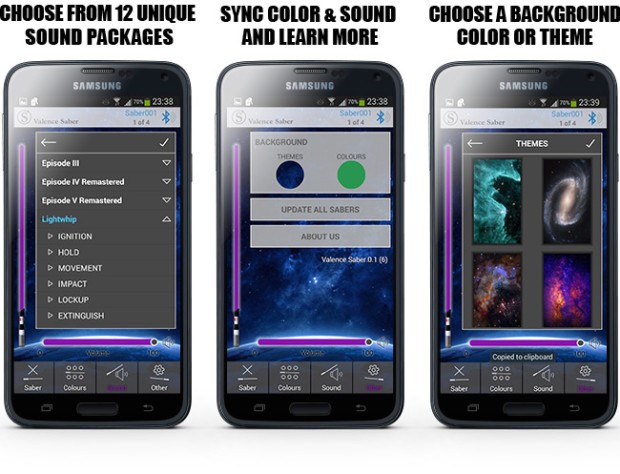 Cody did tell me that they’re working on several handles, including ones that have decorative details. He also said, “Everyone will be pleased to know that you will not need a smartphone to use the saber. In fact, when the sabers ship in the spring each user will have access to complete color and sound change directly from the saber.” 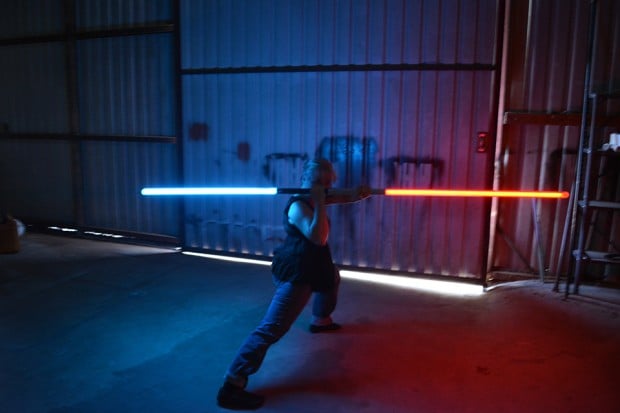 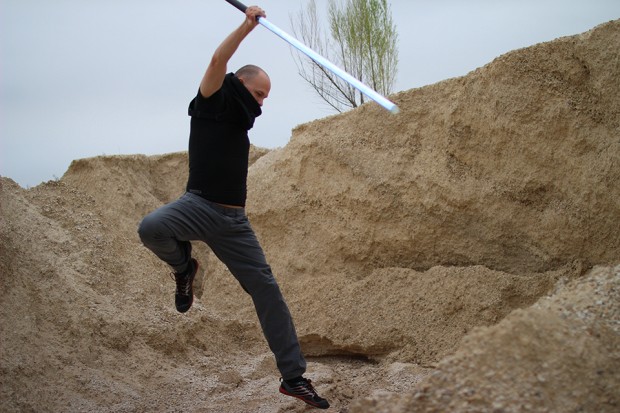 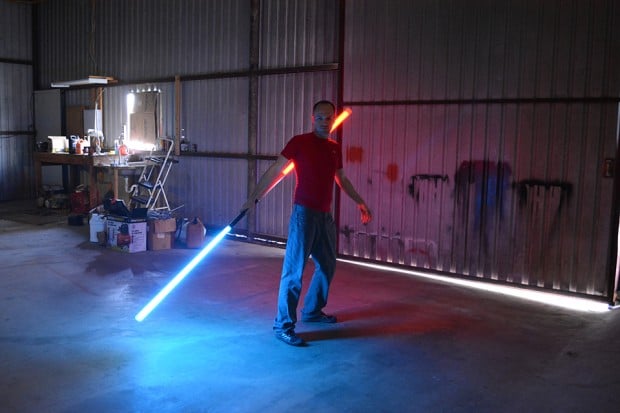 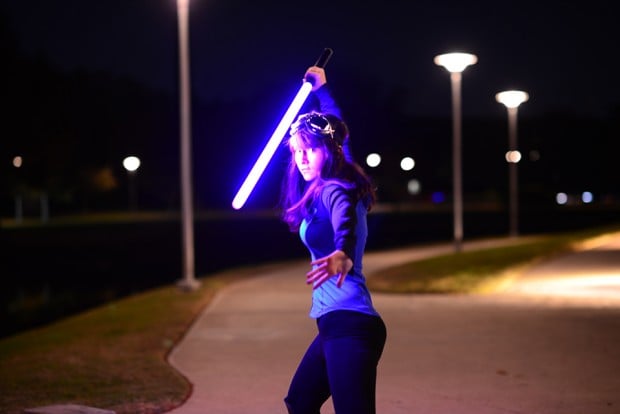