Back in the summer, we saw this awesome R2-D2 drone that flew around using some sort of ducted propulsion with no propellers sticking out anywhere. This time out we have a DIY R2-D2 drone that isn’t quite as self-contained, but might actually be something you can build yourself. 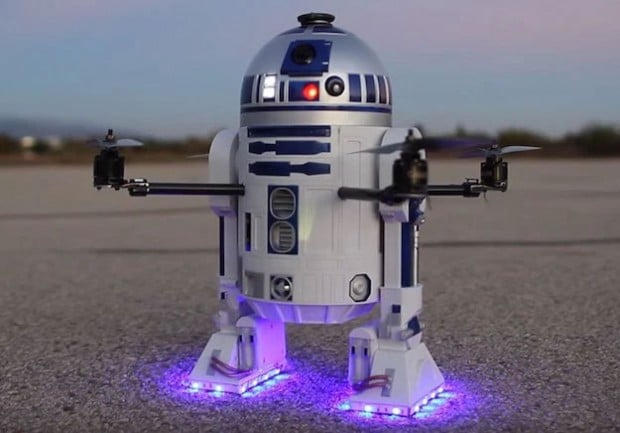 The drone was built by Don Melara using the frame of a DJI quadrotor drone. It even has a DJI GPS autopilot system. It doesn’t just fly around though; it has all sorts of custom touches.

Don gave it a rotating head, LED lights on the feet, and a speaker for the beeps and whistles that make R2 who he is. It even has a camera in the eye area for capturing video. Check it out in the air, it looks pretty awesome. It’s not clear if he made the R2 body himself or if that started as an off-the-shelf replica of some sort.